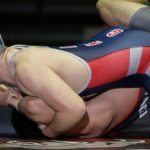 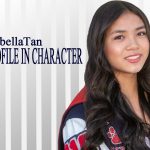 Written by Coach Kistler When you think of girls wrestling you don’t see Isabella Tan fitting that mold. A petite straight-A student who sings the national anthem at home wrestling meets before going out on the wrestling mat and terrorizing her big eight league competition. If King Solomon asked God for wisdom then Bela must 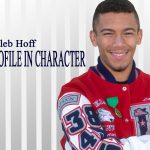 Written by Coach Kistler Caleb Hoff was nominated the character counts recipient by his team and coaches. Caleb is proof that nice guys don’t finish last even in a tough sport like wrestling. He placed 4th and 3rd respectively in C.I.F. the past two years and he placed third twice at the Riverside County Finals. 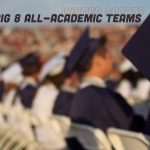 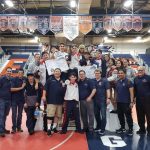 Written by Harlan Kistler EASTVALE:  King took 11 wrestlers to the Big 8 Finals last week with the hopes of qualifying many to the CIF Championships. They did just that as the Wolves punched the tickets for 9 out of 11 wrestlers that competed. One more will move on as an alternate. Phil Saucedo and Frank Abacherli are Big 8 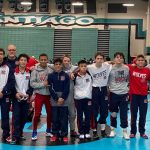 Written by Harlan Kistler A partial King team showed up at Santiago with only 11 wrestlers, forfeiting 3 upper weights and starting from an 18 point deficit. But they competed well and despite the disadvantage to start, the Wovles took Santiago all the way to the wire in a close 33-36 battle. Team captain and state 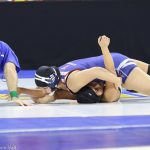 CORONA:  After dispatching Corona High School earlier in the week quite easily, King’s wrestlers faced one of their toughest league opponent on Thursday in the form of Centennial. King lost as a team but the meet highlighted the greatness a few individual King wrestlers. Phil Saucedo (Riverside County champion), Frank Abacherli (ranked 15th in State 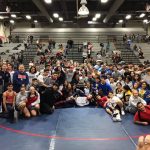 Written by Harlan Kistler RIVERSIDE:  The second annual battle of the Big Dogs — King Wolves versus the North Huskies — was a barn burner with a packed gym. It was a poignant match pitting father and son coaches against one another in the RUSD. The two lead two successful programs and started the Big Dog Duel 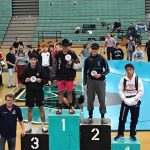 Written by Harlan Kistler Frank Abacherli stormed into the Big 8 League Finals and pinned his way through the finals in King fashion. Frank has been a big hammer for King all year placing 6th at the national Battle for the Belt Tournament last week. Frank moved up a weight in duels all year and pinned