ML King Athletic Director Chip George extended his gratitude to Pat McCarthy, the head football coach at Martin Luther King High School as the veteran coach has resigned the position he held from 2017. “During his tenure at MLK, Coach McCarthy has lead his program with integrity while stressing the PEAK principles” George said.    “He has helped 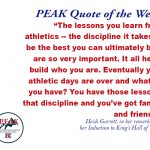 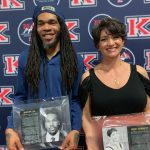 October 4, 2019 Written by John Corona “Family” was the operative word and was in plain evidence at the 2019 Induction Ceremony for the King High Athletics Hall of Fame last night. It was a word brought up in the opening remarks of Master of Ceremonies and former Athletic Director Tony Masi and echoed throughout 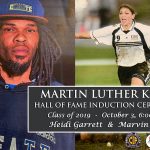 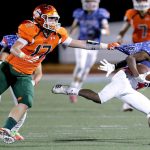 Written by Eric-Paul Johnson for the Press Enterprise Photo by Terry Pierson RIVERSIDE — It was 9 o’clock at night, but Riverside Poly quarterback Budd Bernie saw daylight. Bernie scrambled for a 17-yard touchdown with two minutes remaining in the game, as Riverside Poly overcame multiple turnovers and penalties to eke out a 20-17 victory 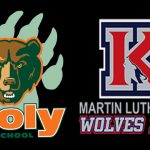 On Saturday night King football will take on rival Riverside Poly  at 7:00 PM, at Ramona High School Stadium.  Please bring your family to the game and cheer on Head Coach Pat McCarthy as he leads the Wolves on to victory! Tickets are $8 for adults and $5 for students without ASB cards.  Students who have purchased an 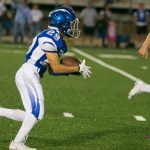 LAKE ELSINORE — In a season-opening contest of missed opportunities for both teams, Temescal Canyon’s football team saved its best for last, scoring the only touchdown of the game on its final drive, as the host Titans defeated King 6-0 for a nonleague victory. Temescal Canyon freshman quarterback Koa Apana led the Titans on a 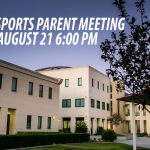 Parents and athletes who are part of a Fall Sport are asked to be present at the annual meeting for all involved. It will start at 6:00 PM in the gym and then breakout sessions with your sport will take place following