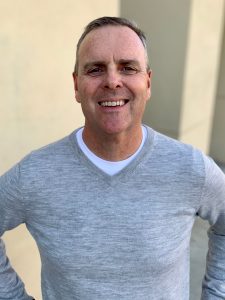 Coach Dietz started serving as Head Coach of King High basketball in 2013 and has been with the program since its inception in 199-2000.  Coach Dietz brings a wealth of knowledge and experience to the job having served as an assistant under two of the most successful coaches in the basketball history of Riverside County.  From 1994 through 1999, he worked with legendary Moreno Valley coach John Dahl. In 1999, he moved over to King High and for the next 15 years served as the top assistant to then Head Coach Tim Sweeney Jr.  Dietz was an integral part of the 3 CIF championships the Wolves won in 2008, 2009, 2014 and King’s California State Championship in 2001.

Over last 5 years coach Dietz has guided the Wolves to 4 CIF appearances, including 2 trips to the second round and one Quarter final appearance against eventual champions Harvard-Westlake.  Under Coach Dietz, the boys’ basketball team has maintained one of the highest team GPA’s of any organization on campus. In 2019, he was honored by the CIF-SS with their Champion of Character Award (see story here).

Coach Dietz is a 1987 graduate of Petaluma High School in Petaluma, Calif.  Where he was a varsity letter-winner in both basketball and baseball. He attended UC-Riverside, graduating in 1992 with a degree in business administration and earned his teaching credential from California State University San Bernardino in 1994.  Dietz was active in the local National Junior Basketball chapter as a Director and a coach for many years. He teaches in the Engineering program at King and has been a member of the teaching staff for 20 years.He is proud husband of Heather Dietz, long time RUSD teacher, and proud father of Joshua and Jonathan Dietz.