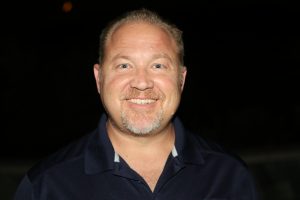 Duncan took the reigns of the girls volleyball team after having served as Sondra Lough’s assistant for several year.  Lough, in turn, switched places with Duncan.

Duncan has been successfully coaching club and high school volleyball in the Inland Empire since 2004. He has
trained and coached dozens of prep athletes that have played or are currently playing in college and professionally.  He served as Assistant Coach at Colony High School in 2006, where the team earned a Mt Baldy League Championship.  In 2008, he was a volunteer Assistant Coach Cal State Fullerton.

In 2009 he took over the head position at Poly High in Riverside and took the team to an 18-4 record and a Big 8 League title and the second round of CIF.  In 2010 the team improved to 26-2, was undefeated in league and made it to the Quarter Finals of CIF, earning Duncan Big 8 Coach of the Year honors.  From 2011 through 2013, the Bears continued their good run into the CIF Rounds under Duncan’s leadership.   He was the head coach of Rancho Cucamonga High School in 2014, before coming to King High.  He’s also coached along the way for three different volleyball clubs.

Coach Duncan currently resides in Riverside, is married and has four daughters.