RIVERSIDE:  Saturday’s in track and field are days reserved for big invitationals, full of top competition, numerous teams and athletes, and usually take most of the day to complete. 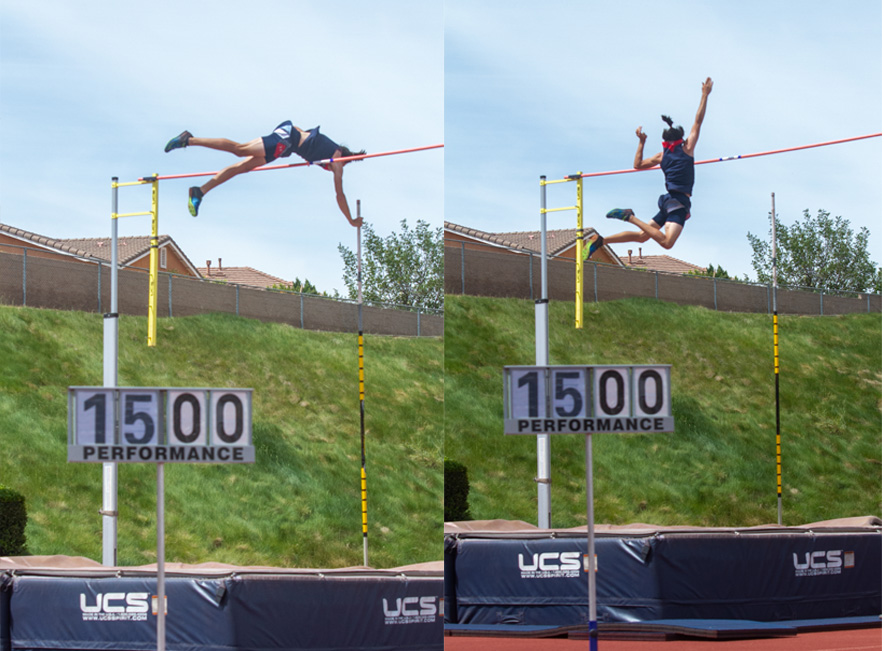 On Saturday at King High, for the first time in 22 years, the track and field team contested a dual meet on a Saturday.  Yea, it’s never been done.  Kind of a big deal historically, though Temecula-Chaparral and King have competed often over the years on weekdays … days reserved for dual meets.

But such is life (or scheduling) in the era of COVID.  With most invitationals on hold or cancelled outright, teams  do what they need to do to compete and so for the Pumas and Wolves a dual on Saturday morning at King High was as good a day as any to compete.

It wasn’t big, there were only two teams, it was over by noon and it wasn’t highly competitive.  King won both the girls and boys by large margins, the girls won 106-29, the boys by a score of 93-34.

But the kids soared nonetheless.

The star of the show was again Jared Beasley in the pole vault who showed he wasn’t content with his school record set Wednesday at 14-6; he flew by that height and went to 15-0, clearing it on his second attempt. In just over two seasons (the 2019 campaign was cut short after just three meets) Beasley has improved 6 1/2 feet!  As of this writing, it ranks #9 in the entire state of California.

Despite the lack of push in most events, King’s athletes made the most of their Saturday morning. Audrey Brunken (Jr) had two victories in the 1600 and the 800. Coryssa Hope won the 400 ahead of rookie-to-the-event Andreya Goodson and took second herself in the 200. Brooke Shiflett won both throwing events.  Julian Morgan and Malachi Cabanilla both had a fine day with two PR’s in scoring efforts in the 3200 and 800 and Brandon Benson won both the horizontal jumps with some fine marks, 20′ 5.5″ and 46′ 6.5″.  Kyrien Strickland won both hurdle events.

Not bad for a dual meet. Even one on Saturday. 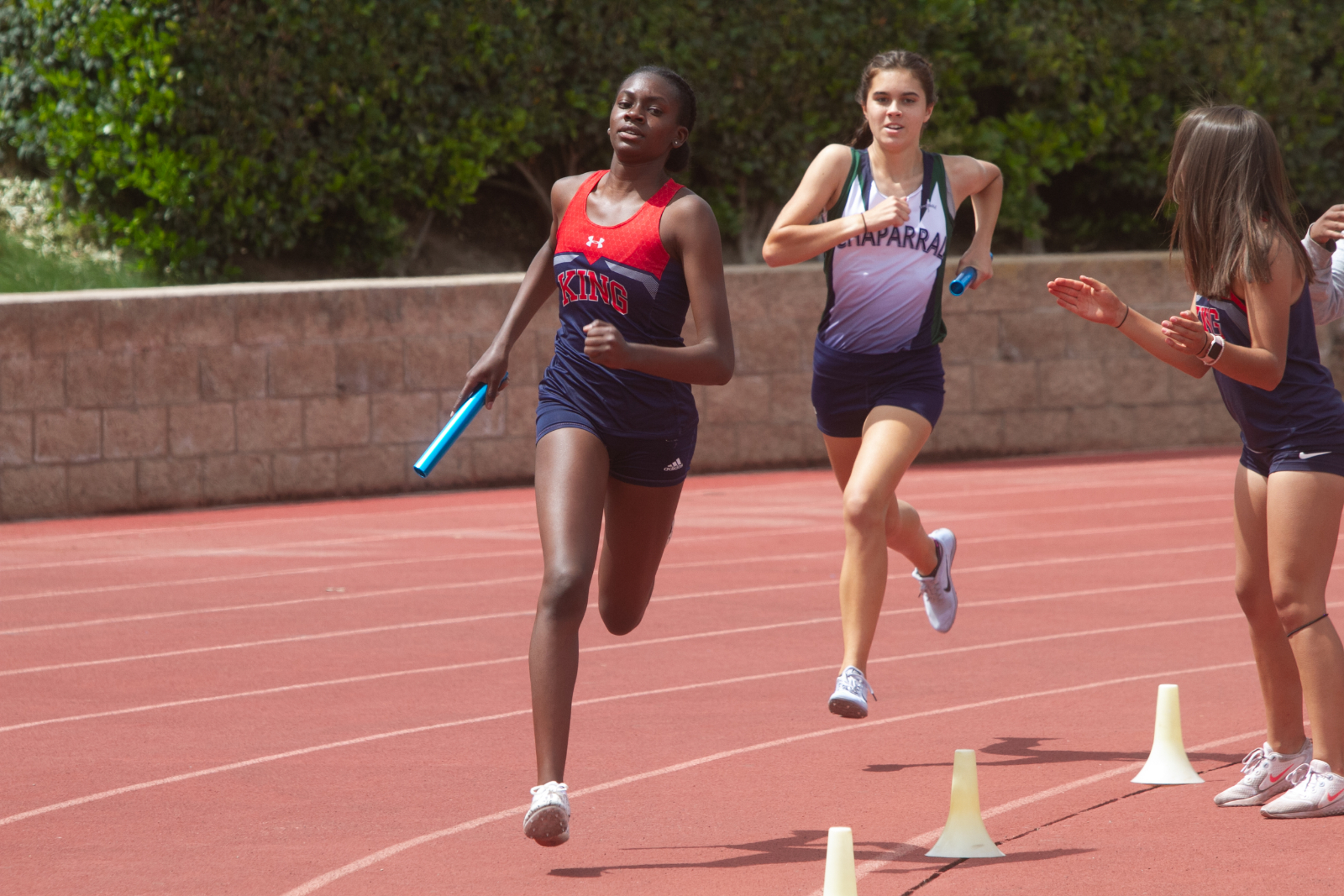 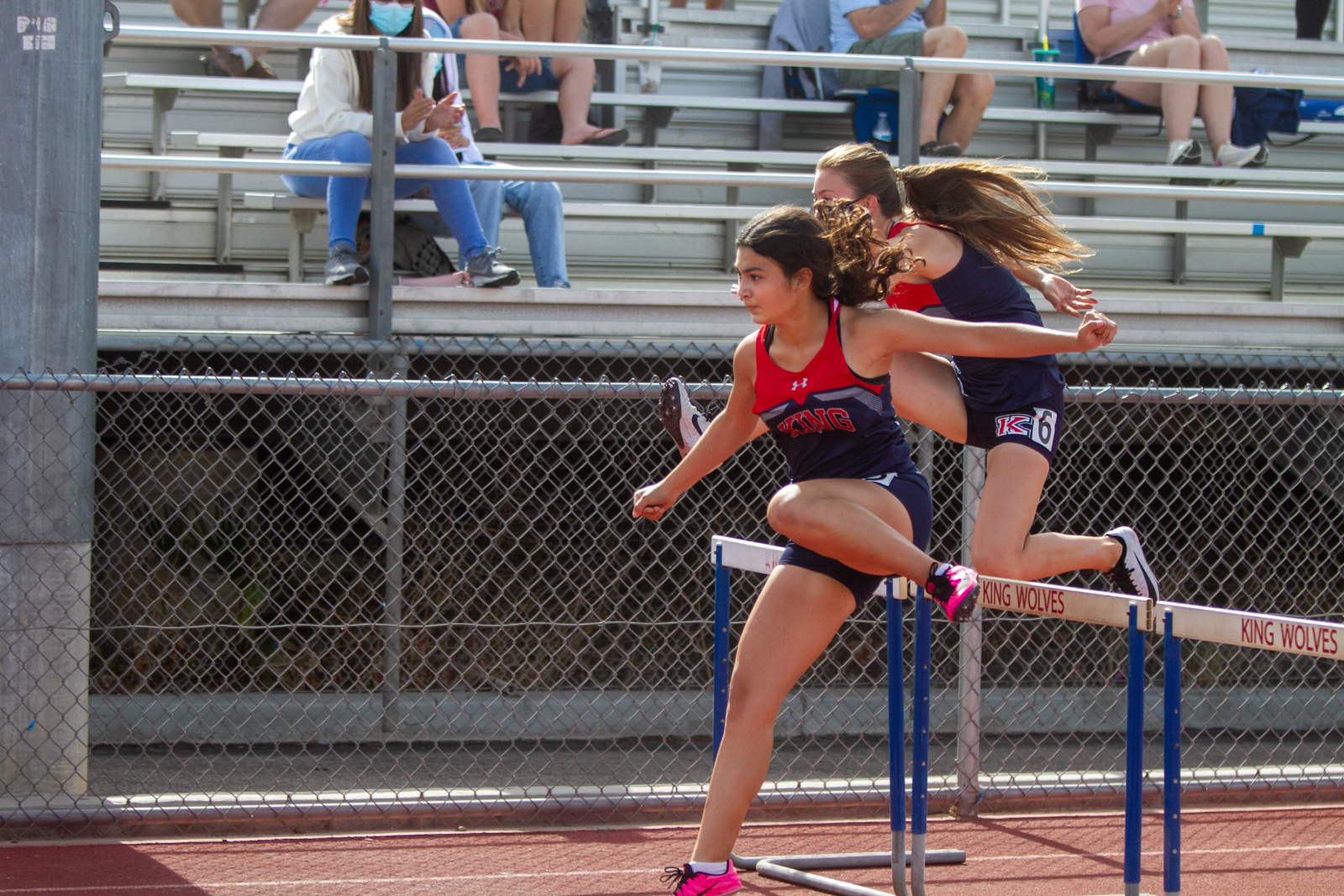 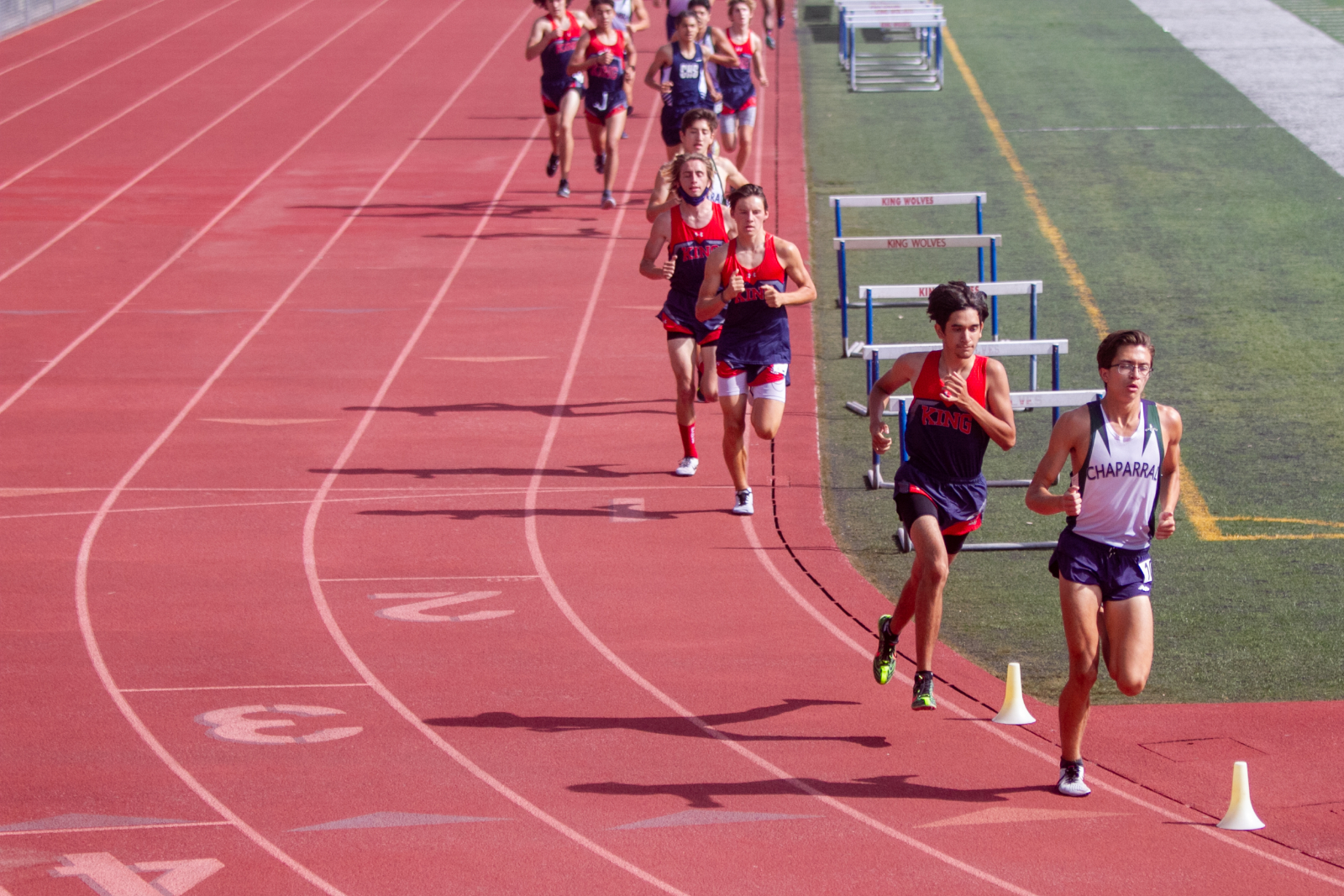