RIVERSIDE:  With the last two Big 8 matches of the season going to King (17-1 over Santiago and 18-0 over Norco) on Thursday and Friday, the girls tennis team completed the formality of what most assumed would have happened weeks ago: Another undefeated league title. 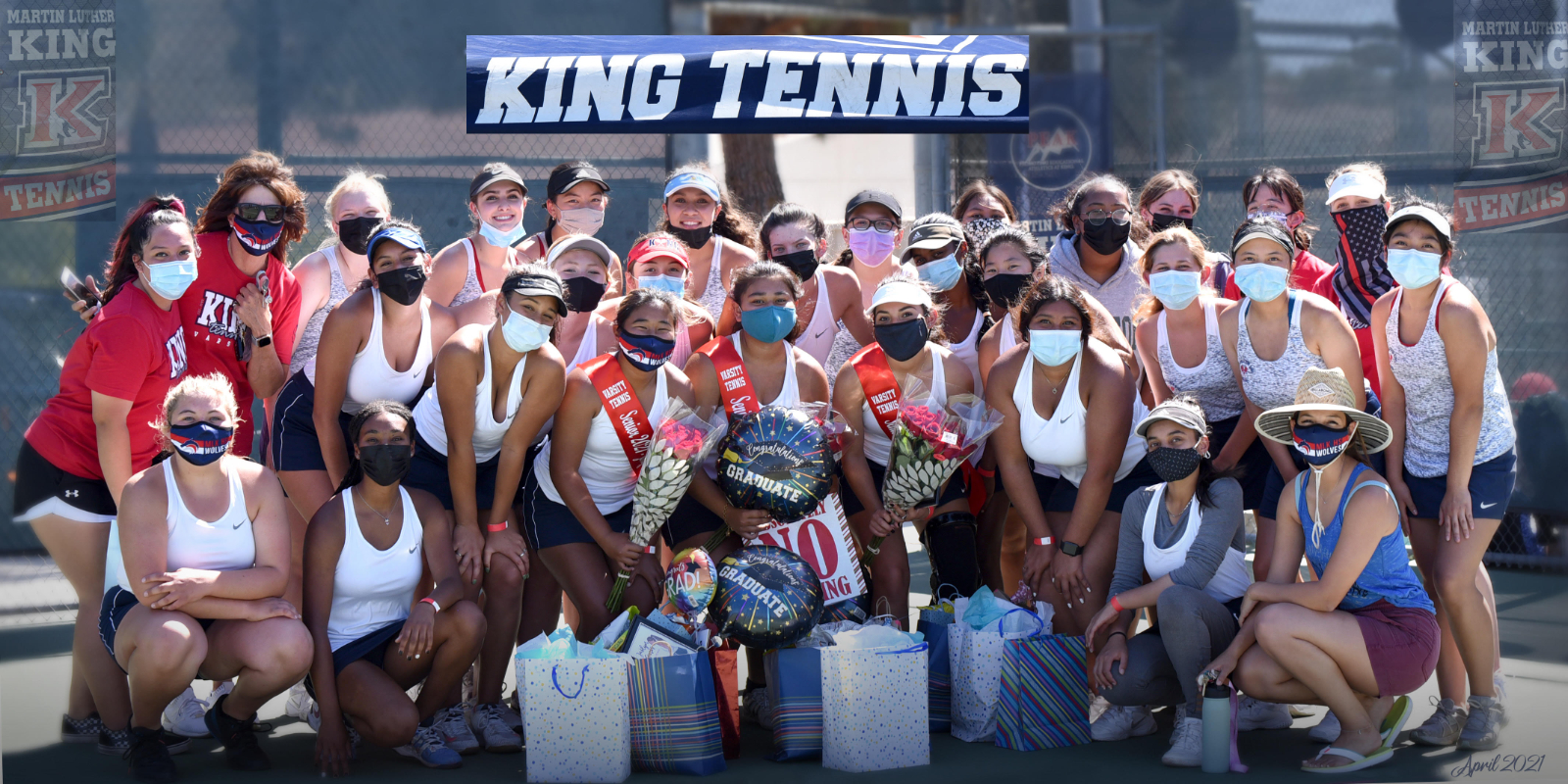 But “formality” doesn’t do justice to the culture of Coach Becky Gagnon’s tennis program, a juggernaut  she started when the school opened in 1999.  Oh sure, there are the 20 league titles in 21 seasons, there is the amassing of an impressive win-loss ratio (one can count the number of league match defeats on one hand over that spread) and there have been yearly trips well into the CIF rounds.

All good things — great things even — but Gagnon would likely point first to the more important part of the culture she’s formed, the less formal part:  Amid all that winning, she’s created a family.

“This entire season has been a King family affair” Gagnon said, “with every team member contributing and supporting each other.”

The league finale closed with Senior Day, a bitter sweet moment for the veteran coach.  “It’s sweet in the way appreciation and love is shown by the underclassmen toward the seniors, but bitter in the realization that this day will end this chapter of high school, league play for the them” Gagnon said.

Gagnon went on to describe this specific group of players as a unit who committed to working together to reach their team goals.  “It will never be replicated” she added.  “This team, like all teams, is unique and special, and this team has created their own “history” to challenge the teams that follow.”

This history includes an undefeated league record that yielded only a very few individual sets, adding their name to he lore of King girls tennis at Martin Luther King High School.  With Division 1 CIF up next on the calendar, the girls aim to add some more history to the King Tennis Team annals.

“I couldn’t be more proud of these ladies” Gagnon said, not exactly making it clear if it was the winning she was referencing or the family cohesion.

The story evokes a line from a popular song first released in 1979, Sister Sledge’s “We are family … I got all my sisters with me.”

Come on now, get up everybody and sing. 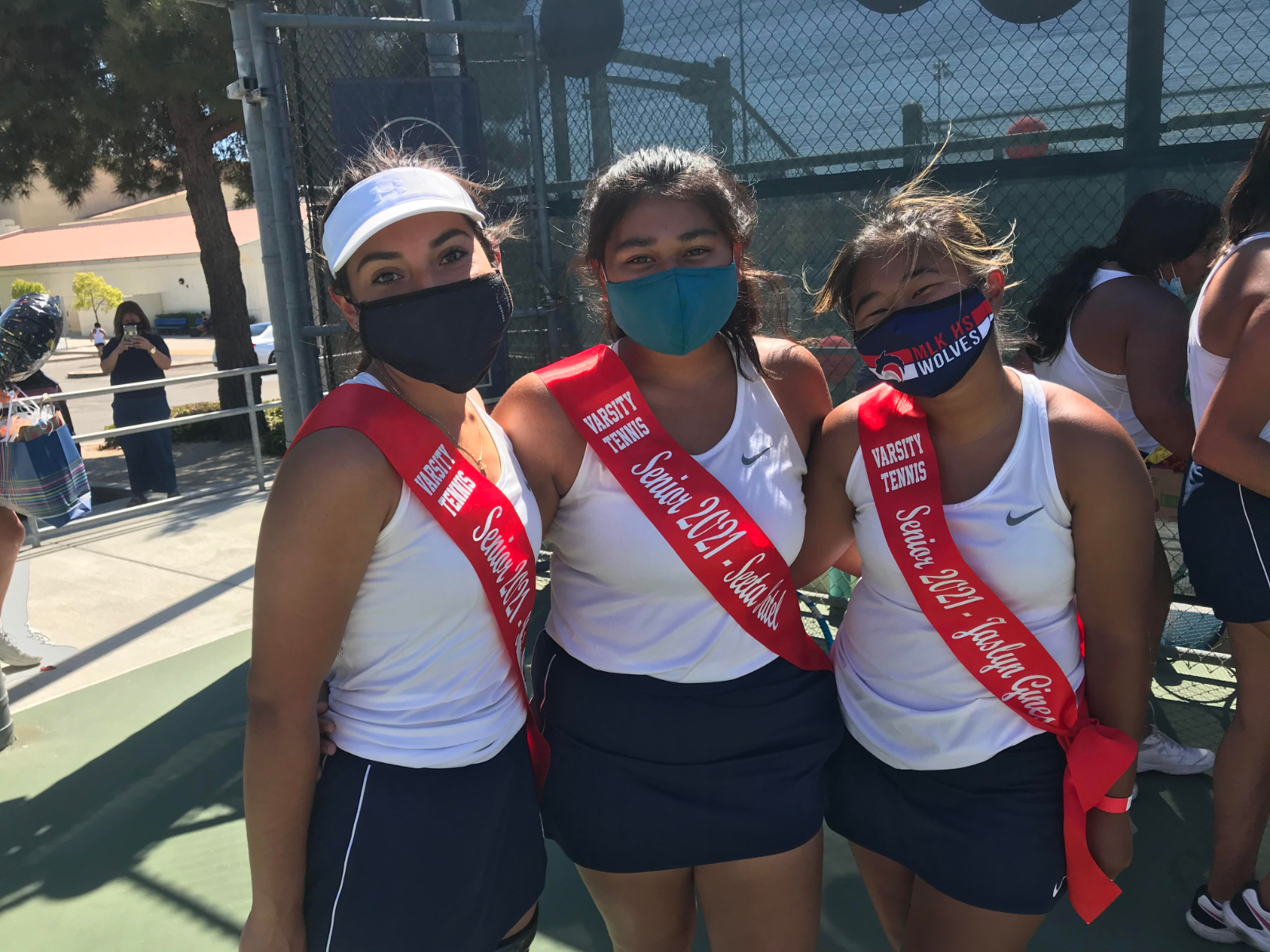