RIVERSIDE:  A rotation at the top of the leaderboard for the King Boys Golf team has been the story of their first three matches this season.  In each round, King has had a different player as the low medalist on the day.

Diego Aguilera (Sr) took his turn at the top on Monday against the Ramona Rams at the Jurupa Valley Golf Course on what was a spectacular Spring day.  “How’s it going?” Coach Brewer asked him as he played the middle of the round.  “I am playing well, Coach!” Diego replied.

Aguilera shot a 40 for the 9 holes and was followed by Trever Lauritzen (Fr) who shot a 42.

Coach Brewer was pleased as the lead rotation and the win will provide some leadership and momentum for the start of Big 8 League play on Tuesday, April 6 against Corona.

But that isn’t the end of the week of competition.  “We turn around on Wednesday and play a non-league match against a very formidable opponent, Murrieta Valley at Bear Creek” explained Brewer.  Then on Thursday … yes, you read that right, the Wolves match up against 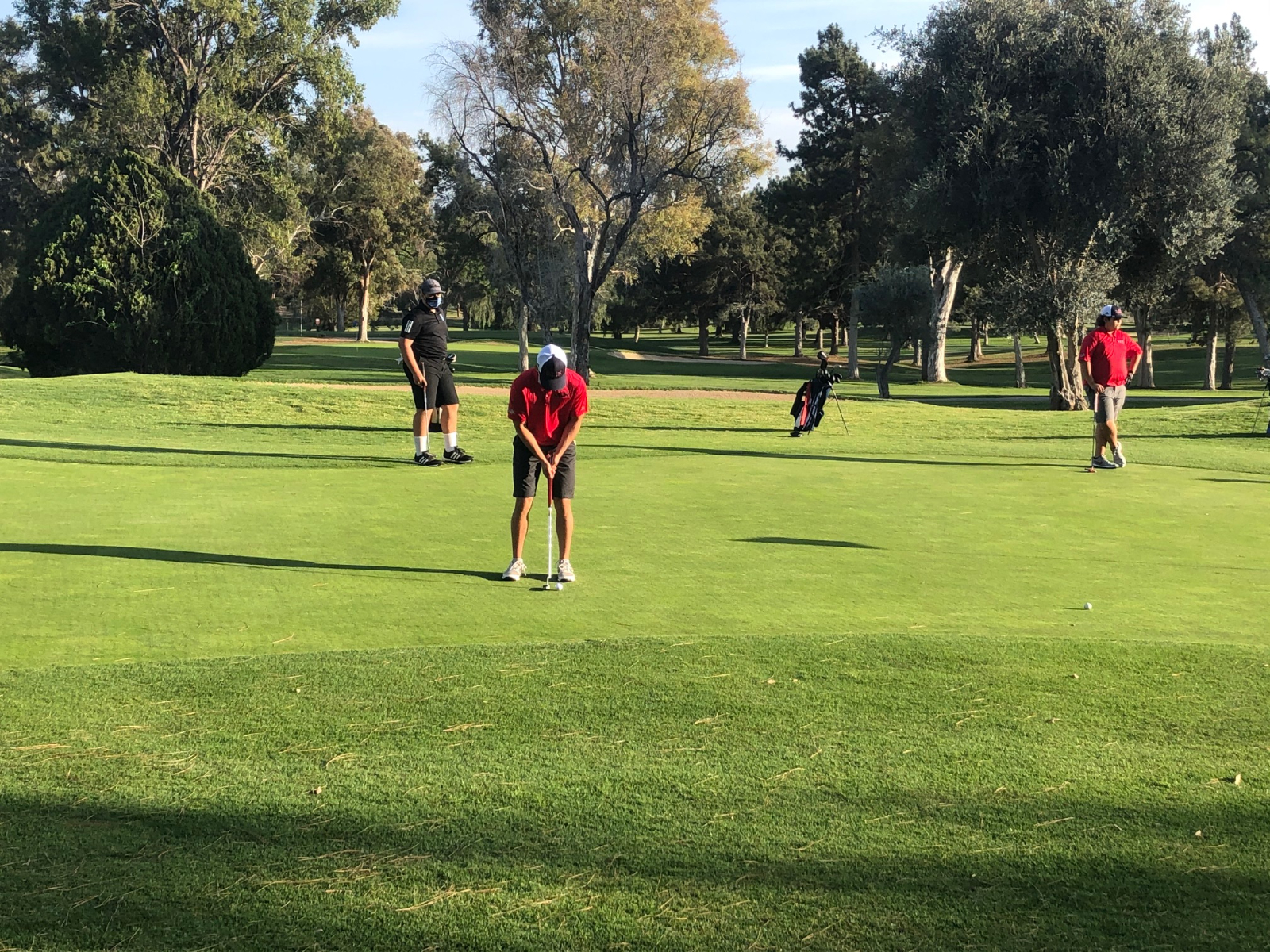 Norco for another Big 8 contest.

“Four matches in a week is unusual but with a shortened season calendar, April is jam-packed with lots of golf!” Brewer said.   Just another oddity in the wake of COVID.

“We are a very young team” Brewer explained.  “We have three varsity returners from the very abbreviated 2020 season. The remaining 8 players are either freshman or first year varsity players. We are in a position to become very competitive if we commit to honing our golf skills, playing for one another and understanding that golf is not a game of ‘perfect’ but rather a game of making your misses smaller.

At 2-1, the young-ins’ are making progress toward that goal.  A crammed week of golf should be a good tutor as well.