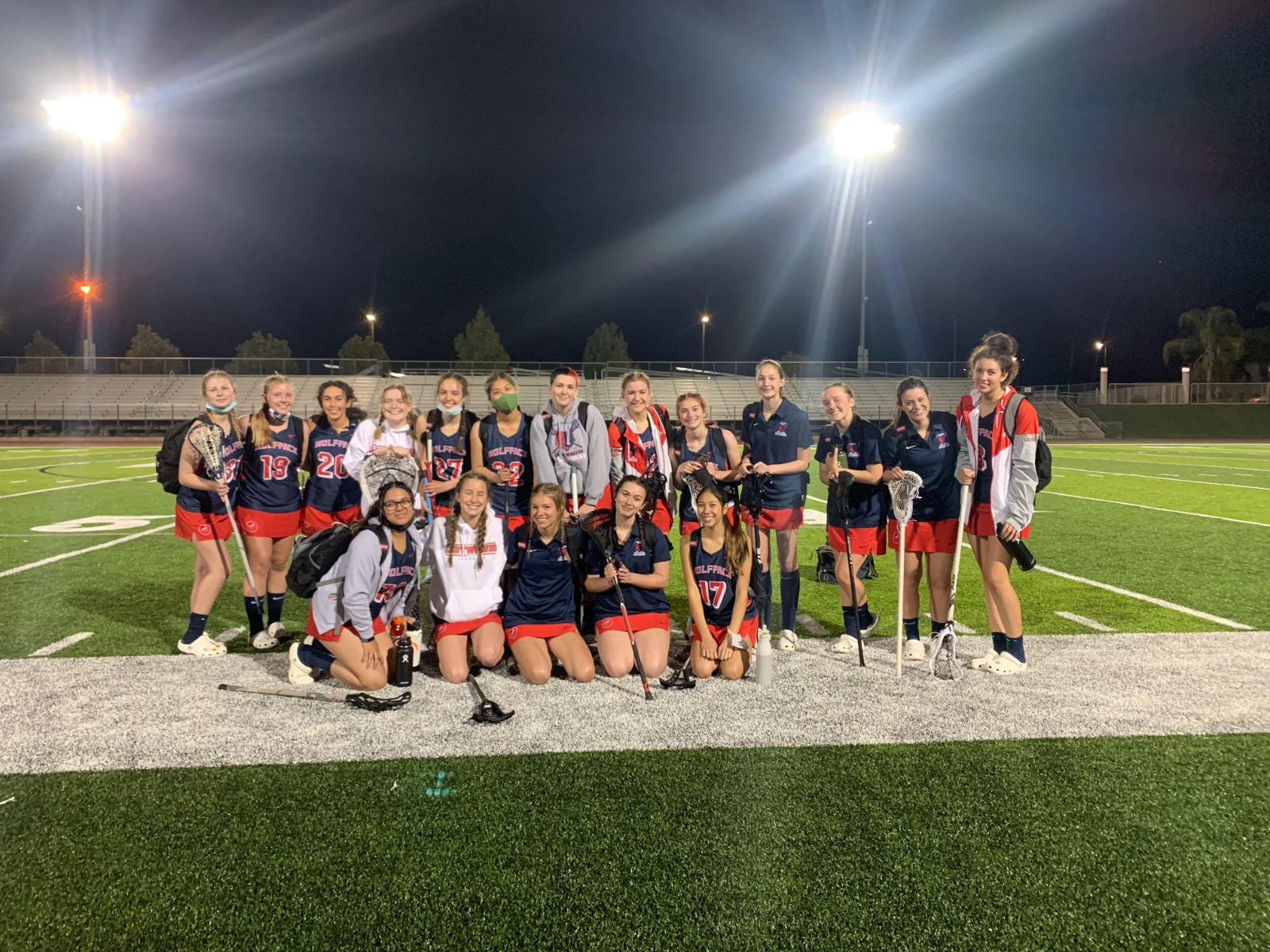 Whether or not the girls lacrosse team was channeling the great actor’s statement or not is unknown, but they certainly played it out in their win against the Paloma Valley (PV) on Thursday night.  The final score was 16-1, but the story is hidden behind the final score.

Cheyenne Barros (Jr) starred for King.  Playing the middle, Barros had an intensity to her game all night.  “She’s an asset as an all around player” said Coach Kelsey Doucette at the end of the game.  “She is incredibly fast with her reaction time, stick skills, and anticipation of the next play. She was quick to interceptions, ground balls, assisting with field transitions and scored a few as well.:

One of King’s traditions is to award the “game ball” to that contest’s most valuable player, and Cheyenne earned that coveted title.

Lacey Balliger (Sr) had 3 goals on the game and spent much of it encouraging her teammates and helping facilitate plays and goals.  “She was good to feed the ball to girls who aren’t our ‘normal’ go-to scorer” Doucette said.   “That takes a special athlete and leader to do that and I’m very proud of her. She did this on her own.”

Doucette was very pleased with the girls performance, though she noted that PV is a brand new program and, given the cancellation of much of the 2020 season, was in only their fourth game in their school’s history.   And in this fact lies the greater story.

“Our girls were extremely patient and helped teach the girls on the other team how to play the game… during the game” Doucette added.  “We could have run up the score to double what we had but our girls slowed the pace a lot and worked on bettering our plays and teaching the other team.”