RIVERSIDE:  Oh, that Poly-King rivalry. Oh, that 18-0 shut out. Oh, that rebound from the frustrating defeat at the hands of Mater Dei 48 hours earlier. 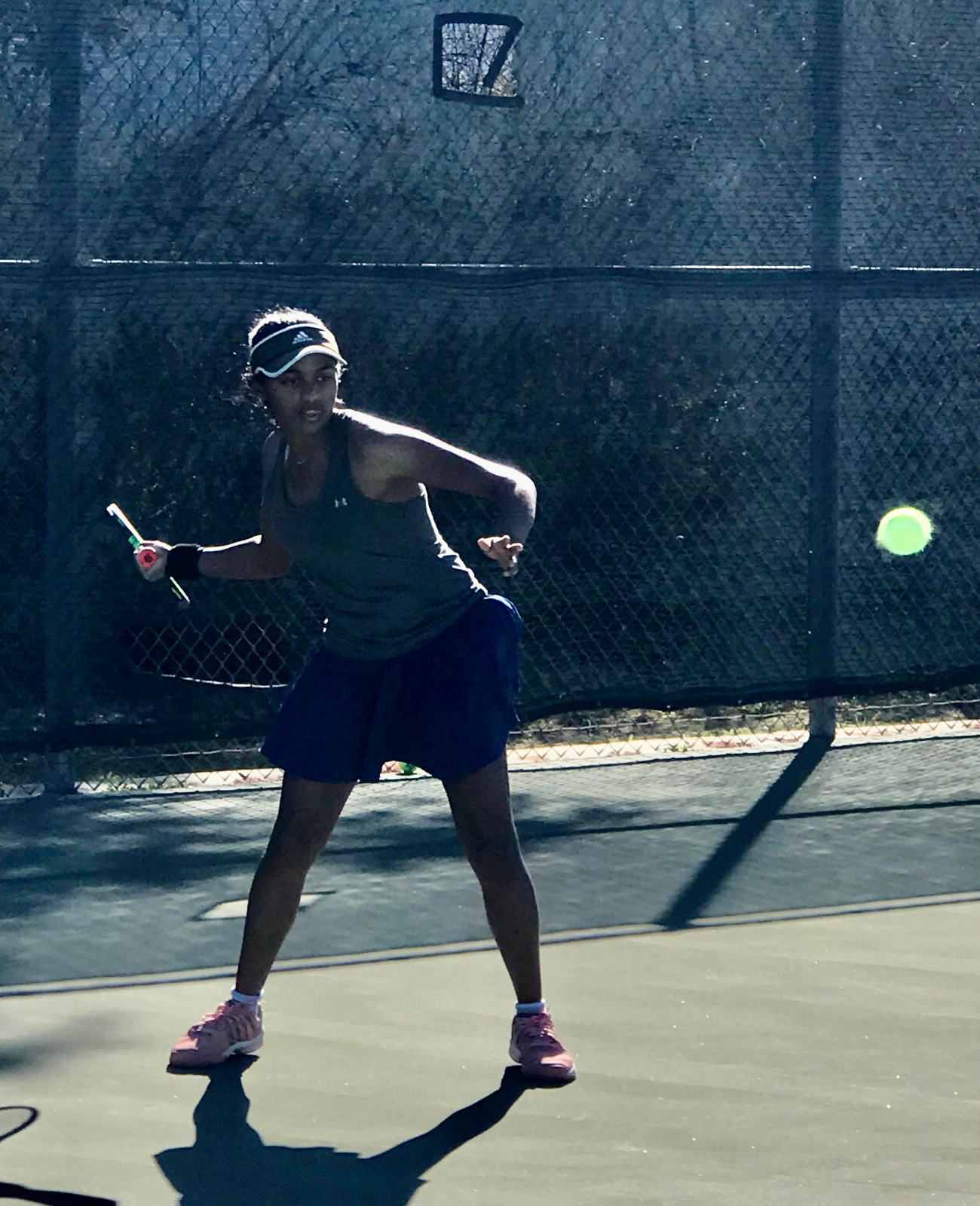 In this situation, Coach Becky Gagnon was less focused on the cross-town rivalry or the final score. What got Gagnon excited was the rebound her team had from what she called a “frustrating” loss to Mater Dei.

“The girls came roaring, or, howling back” she said with a smile, relieved, perhaps that the funk her girls played the Monarchs in didn’t transfer over to the match with the Bears.

King played Poly almost to complete perfection, if an 18-0 final score isn’t “perfect” enough.  In total on the afternoon, only 4 individual  games were given up by the King squad out of the 58 games played in Singles competition.

“It’s a new day” the coach said of how her team was able to move on from the sub-par play of Monday’s match.