SAN JACINTO:  “The pandemic has taken away so many things we take for granted – like the thrill of playing high school sports and the joy of watching our kids compete” coach Bob Metz said after his girls softball team returned to action with a win over San Jacinto Tigers.

The 8-2 victory by the Wolves was a thrill and the girls and spectators enjoyed every minute of it. 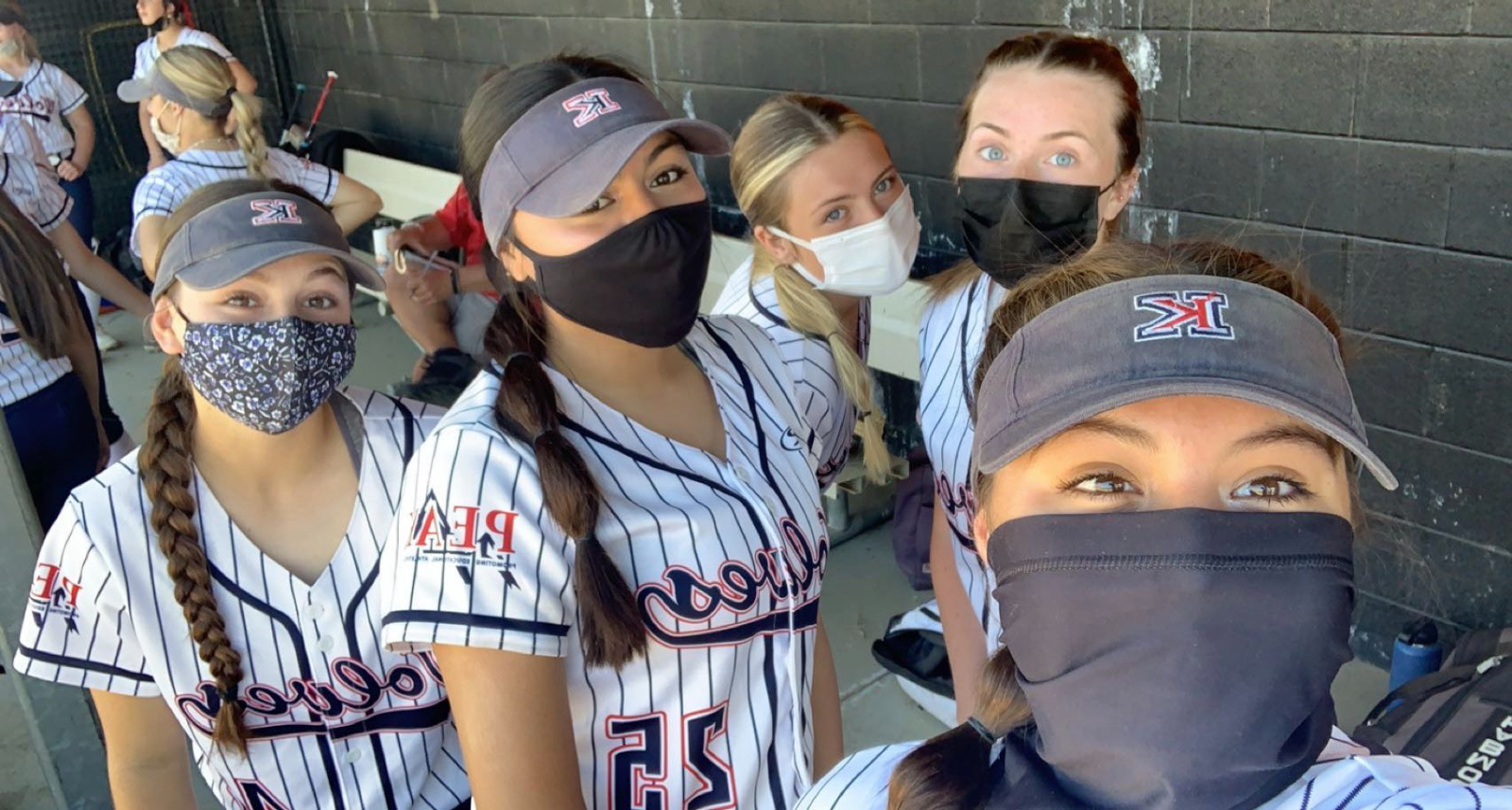 Leilani Neahr (Sr) got the start in the circle and threw a 1-hit gem for the first 3 innings, and then was followed by Madison Curry (Jr) who closed it out.  King had a shut out going into the final frame but the Tigers were able to push two across the dish to spoil what otherwise was a perfect return to play.

King scored two runs in the second inning and three in the third to grab a 5-0 lead.

“This was our first game of the season” Metz said.  “I was pleased with how sharp and crisp we played. It has been a long time since this group has played together, but once the game started, everyone seemed relaxed and confident, and showed very little rust. We were aggressive and played a complete game. It was a good first step.”

And while the opening win is fun, Metz noticed that there were areas the girls would have to improve on as the season marches forward.  “Timing issues” he said, “specifically on stolen base attempts. We need to get much better jumps and leads when running the bases.”

Despite the little things worthy of focusing on going forward however, Metz was excited with the “restart” after a long layoff.  “It was great seeing the excitement of the players and the smiles of the parents who came out to once again see their kids compete – this goes for both teams. The life lesson is: enjoy any opportunity to compete and appreciate those who support your efforts.”

And that should give anyone a thrill.