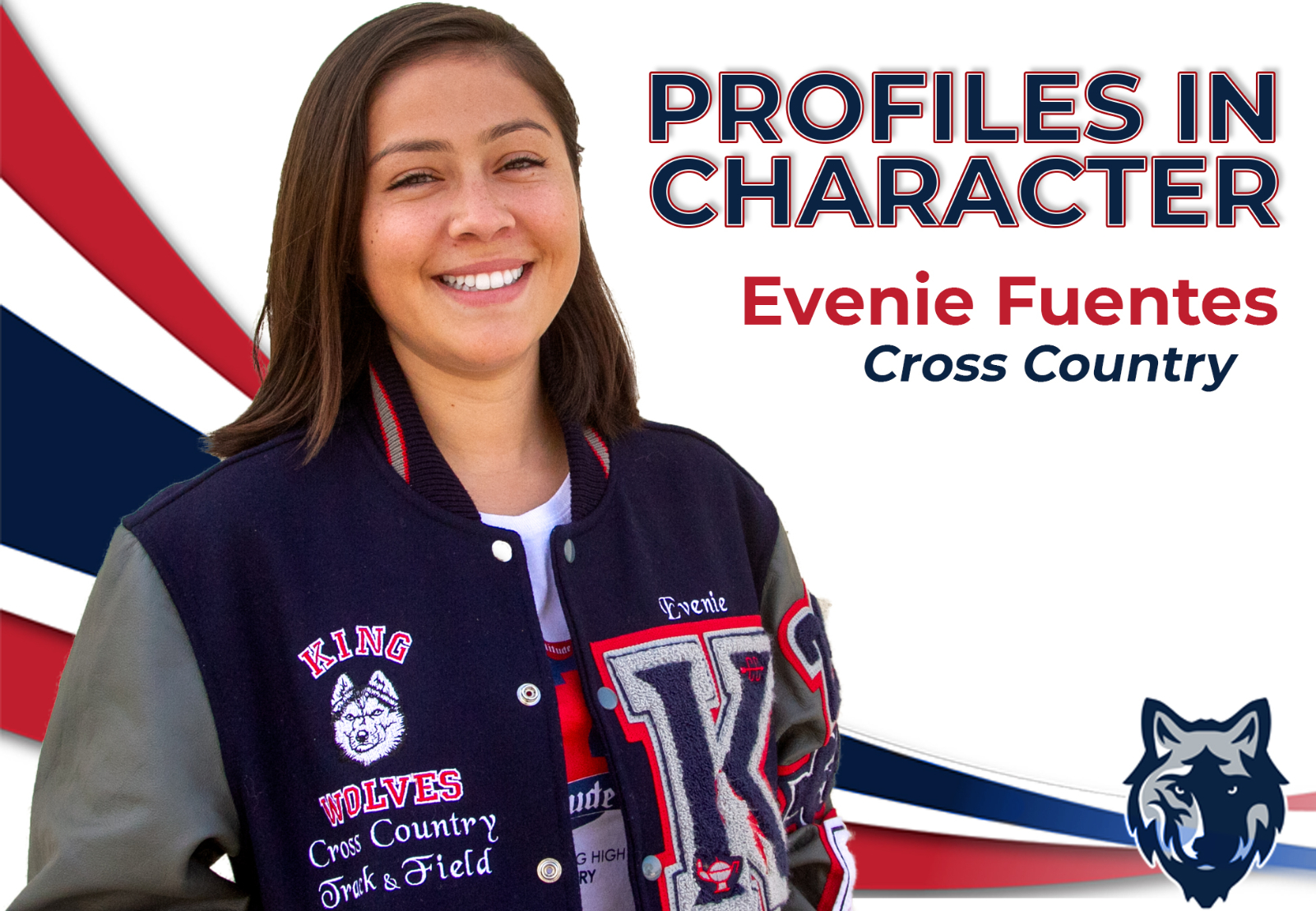 Evenie Fuentes joined up with the cross country team at the start of her sophomore year and immediately established her chops as a driven, hard working and tough athlete.  She hit the ground running – pun intended – and the coaching staff quickly learned that it would be less about inspiring Evenie to work hard, but rather how to keep her from working too hard.

Indeed, that insatiable drive led to some injuries early on that sent her on an equally driven focus on rehabbing and healing.  Tears and frustration were her companion at times, but defeat never shadowed her door.  For every downturn, she would turn up with a new resolve, a renewed focus on the next chapter of her emerging story of inspiration.  Of late, she’s used that fortitude to push through a year of Covid delays and is contributing mightily to the success of this year’s team.

In the classroom, she has penned an academic story that is just as successful as her athletic endeavors. In AP and honors classes, excellence became the exclamation mark of lines she has scripted with the calligraphy of grace and grit.

Evenie’s story at ML King and in cross country is one that’s inspiring and still being written.  We have a feeling it’s gonna end well.