RIVERSIDE: The boys cross country teams moved to 3-0 on the season with a dominating win over Corona High School in a dual meet held at ML King High.  Corona was only able to puncture King’s top 10 runners with one of their own and the Wolves beat the Panthers by a wide margin, 18-45.

That sole Corona runner was the talented Victor Ceja who pulled King’s Francisco Zavaleta (Sr) and Edgar Ortega (Sr) along until about 800 meters to go to the line when Zavaleta and Ortega broke free.  Both seniors entered the stadium for the last 110 meters across the football field to finish, but Zavaleta edged just ahead to the win. Both harriers ran personal records (PR) on the course. 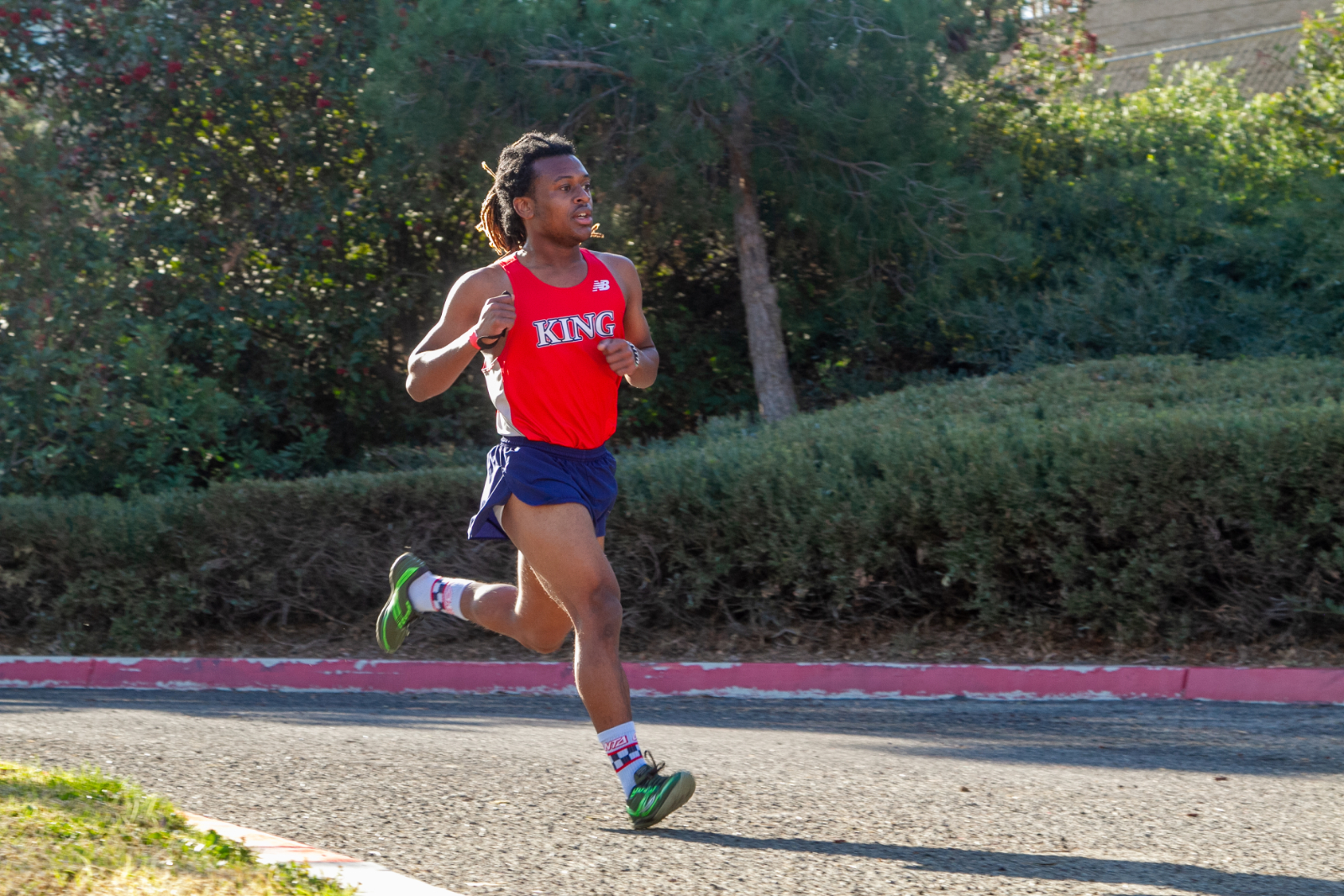 As did every King runner behind them.  Gray Mavhera (Jr) and Jack Slavin (So) continued their fine seasons with course PR’s their own finishing 4th and 5th respectively. Jonathan Weaver had nearly a lifetime PR for 3 miles with an outstanding race where he finished 6th for the Wolves followed by Damien Zemanek who also ran faster than he did two weeks ago on the same course.

In fact, improvement was the story line, as all 16 runners who were on the course 14 days ago, bested the time they raced to then. Timothy Gill, Brandon Valenti, Joseph Mayberry and Bryson Pradia all had significant drops.

Significant too, in that the Panthers did not mount much of a challenge, so the King athletes had to find other motivation.  Weaver noted after the race, “The atmosphere of the whole team really helped during the race, I believe, it felt good having teammates pushing each other.”

That is pretty much all that the girls had, as Corona was unable to field a full scoring team of 5 girls.  Nevertheless, Audrey Brunken (Jr) took the lead early on, only to be shadowed for a while by her fellow junior, Audrea Guadian.  The two, like Ortega and Zavaleta did before them, entered the stadium very close together but Brunken was able to sprint well to the line to earn her first-ever varsity cross country individual win. Both would snag PR’s in the process.

“It was nice seeing teammates pushing teammates and having a good race, especially on our home course” Brunken said.  I loved seeing all the smiling faces after the race from everyone.” 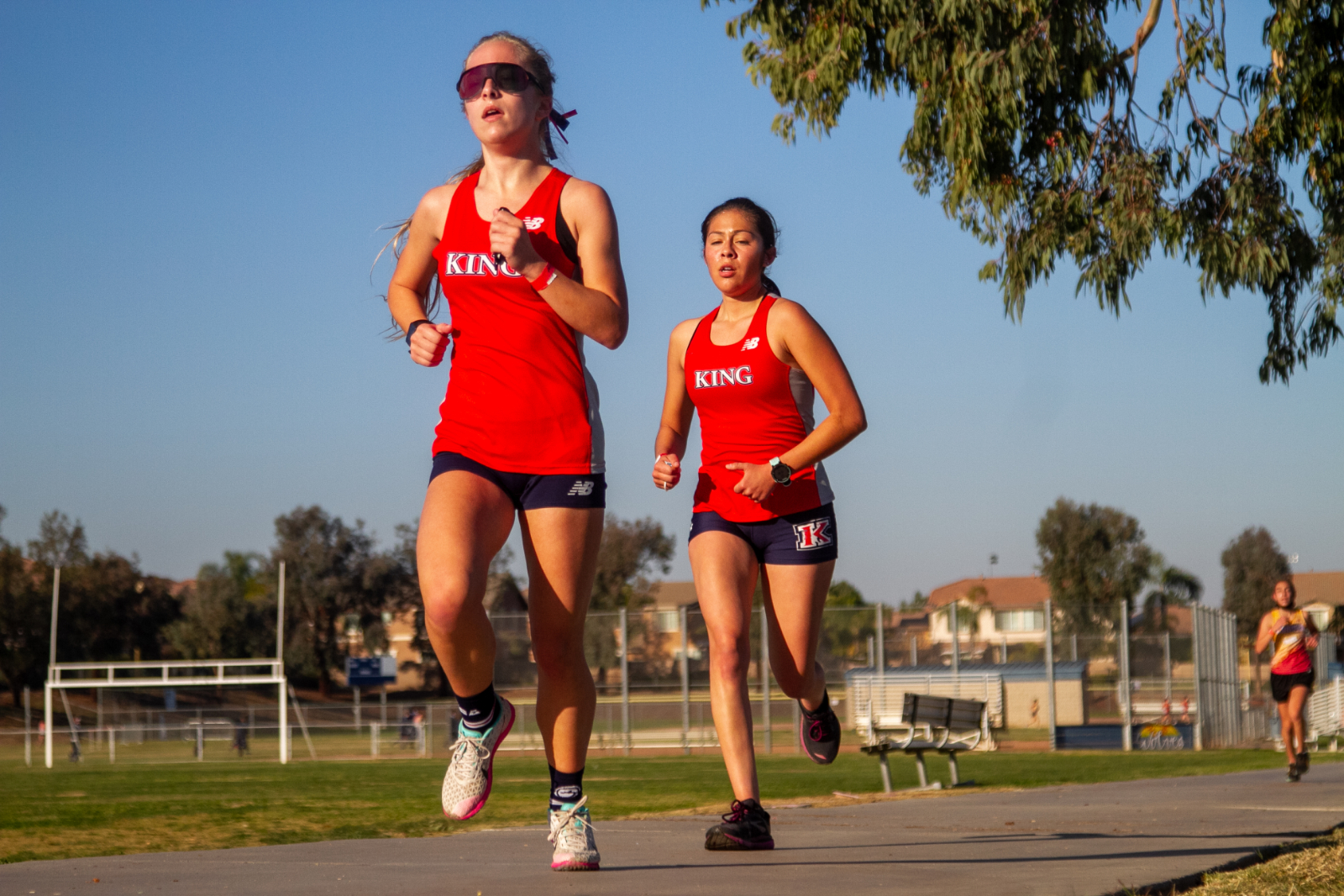 King’s top five were as they’ve been since the season opened, with Justine Marshall and Evenie Fuentes and Andreya Goodson (So) taking the next three spots, followed by Ashlyn Richmond (So) and freshman Kaylee Magno.  Two more 9th graders, Leah Pendleton and Gardemia Sandoval were just behind Magno.

Like the boys’ team, every girl on the line who had a chance to notch a course PR, did so. 9th graders Samantha Torres and Maria Mendez had the largest drops from two weeks ago.  Jazz Arroyo (So) was 2 minutes better, as was Mia Castaneda (Fr). Isabella Anthony was over 3 minutes ahead of where she once was, and Sarah Pietrantonio (Fr) improved by 1:06. 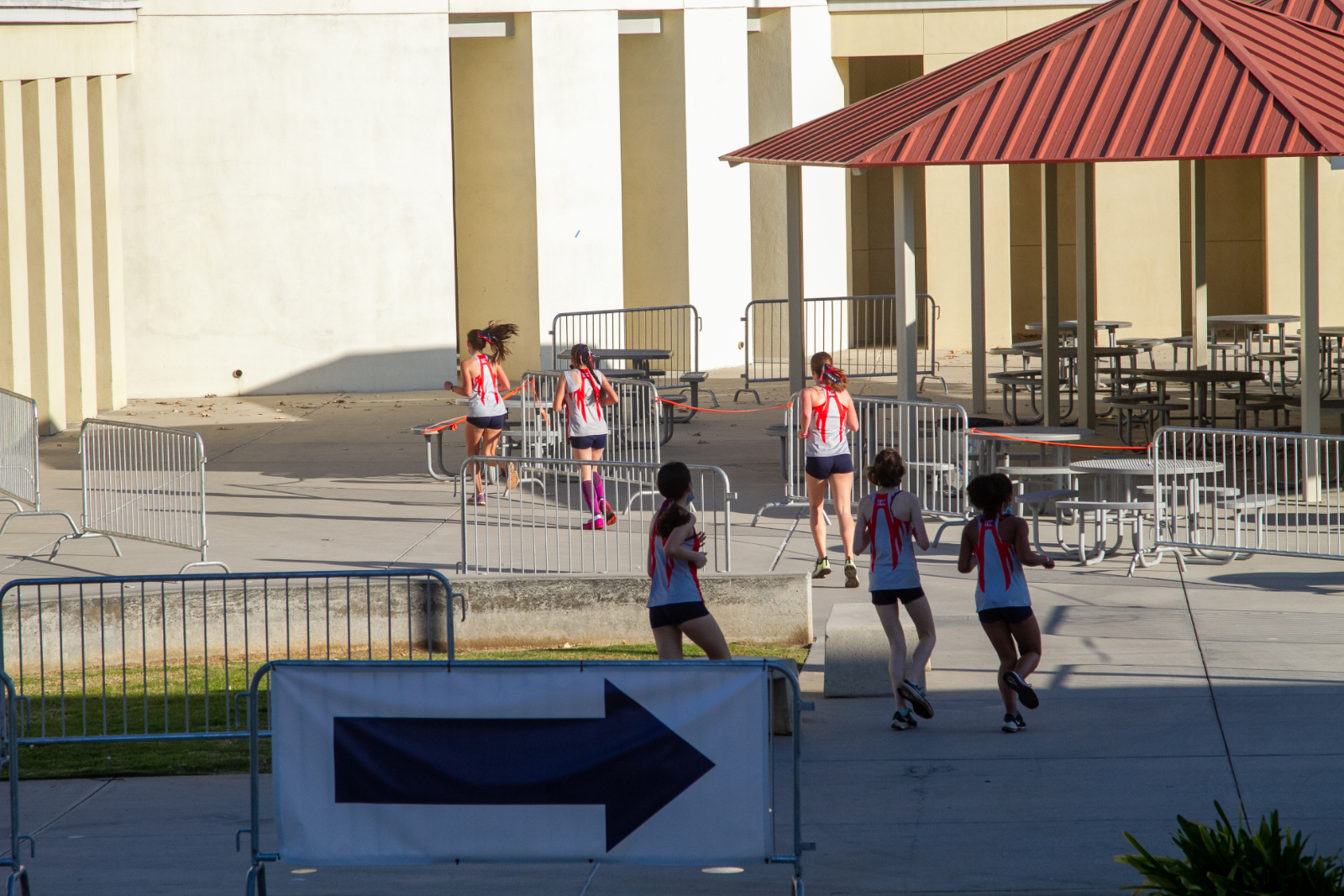 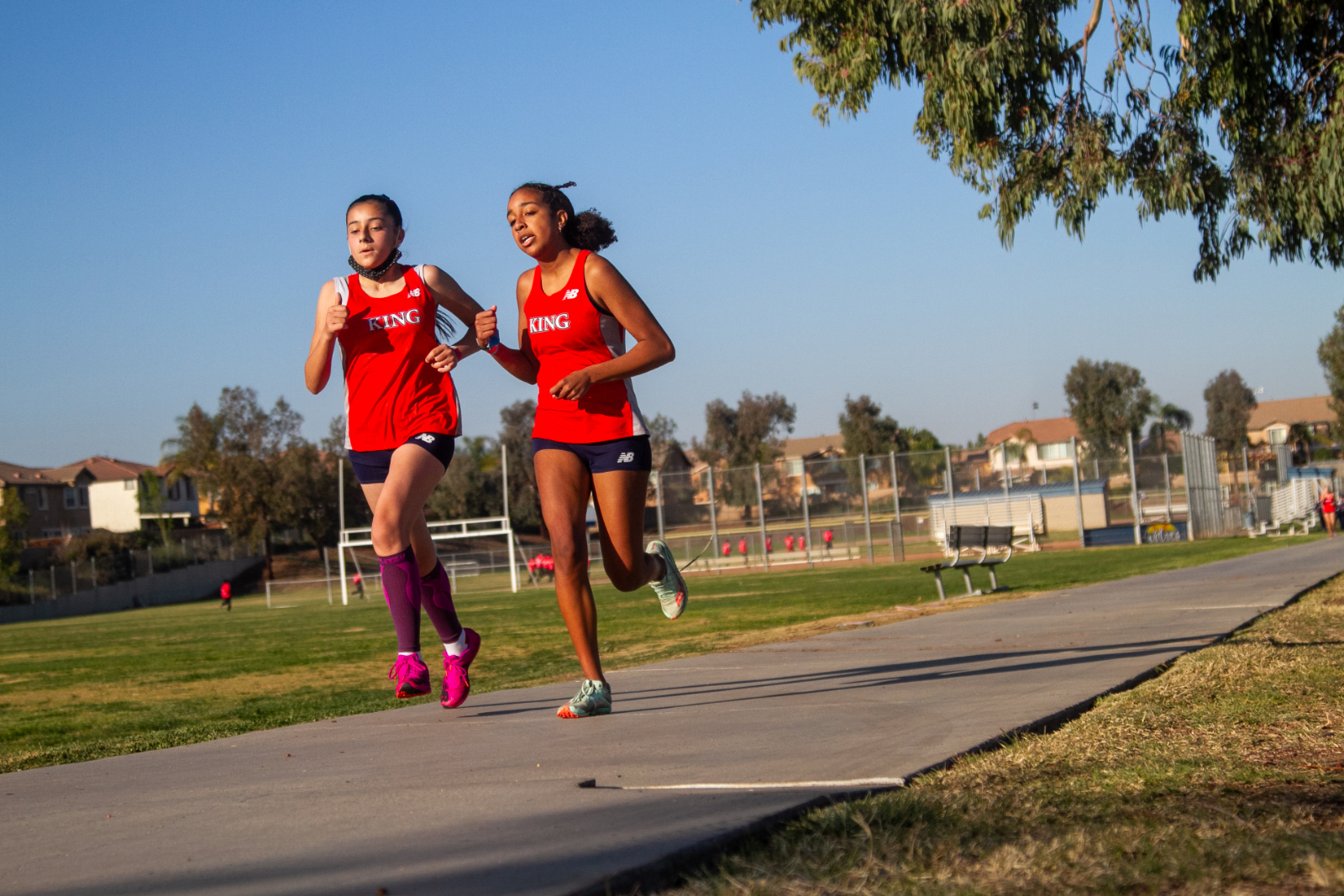 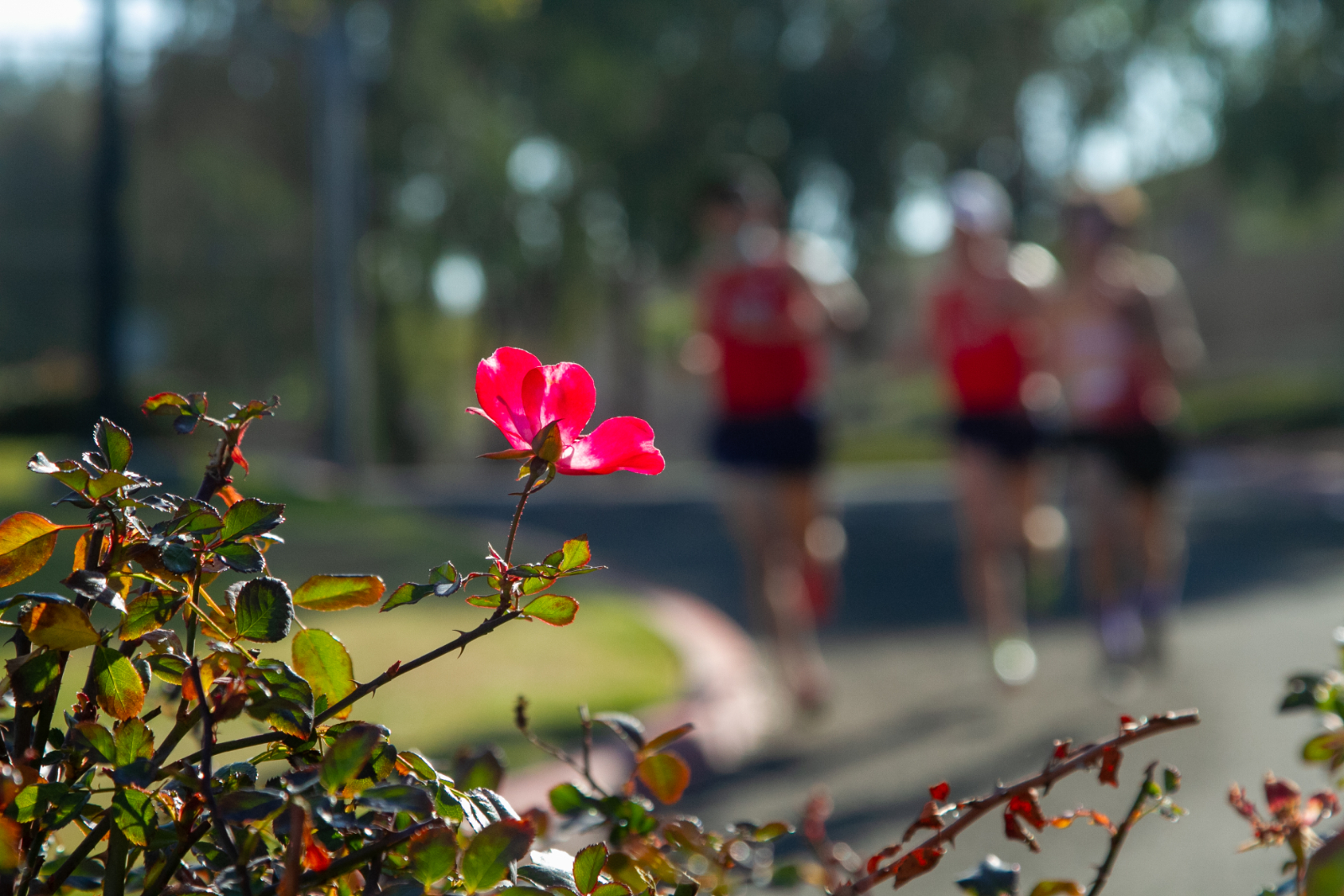 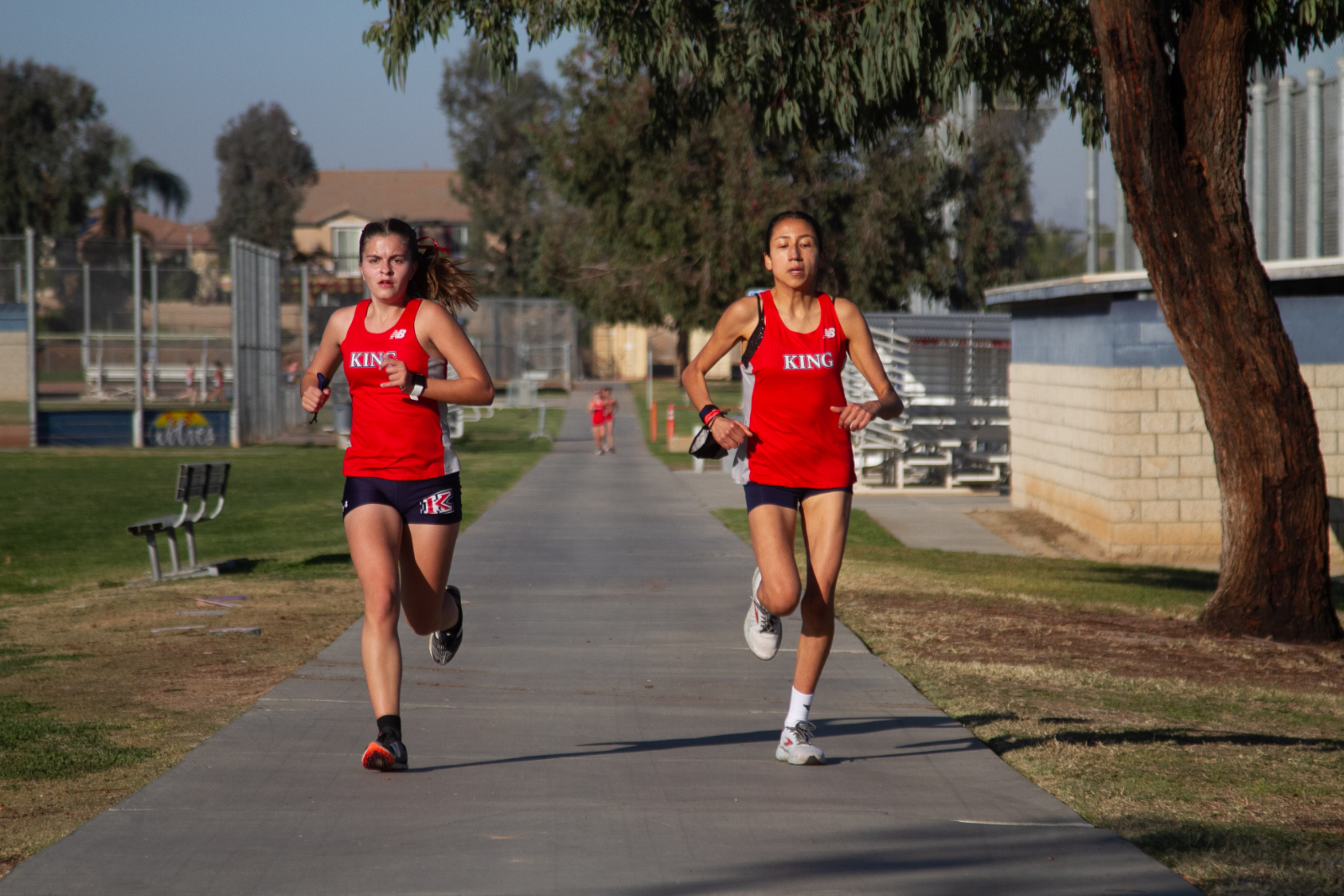