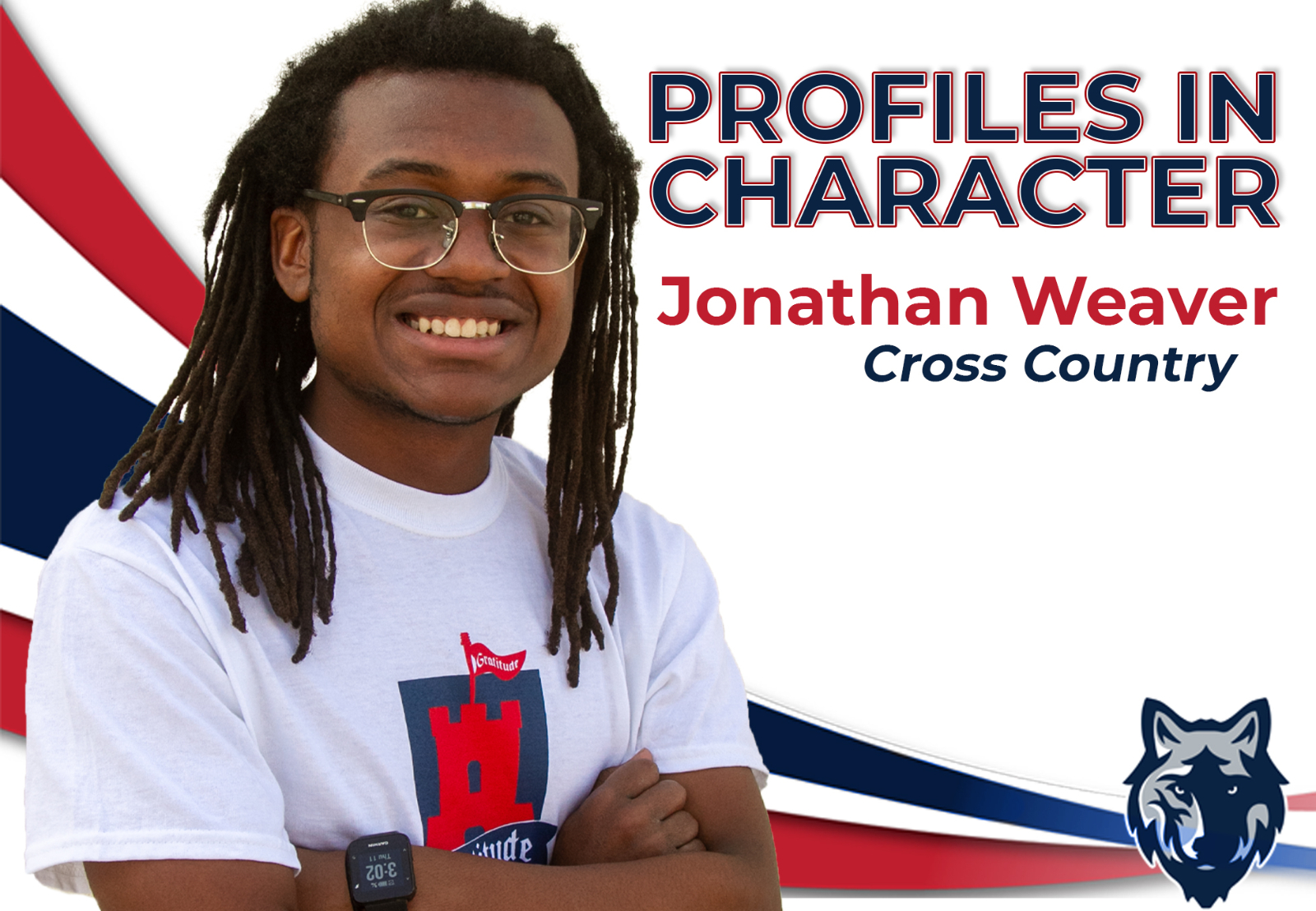 When Jonathan Weaver chose to join the cross country team back in his sophomore year, little did we know what a gift we were getting in this young man.  He was, and is, a combination of great athleticism and abundant character.

Jonathan, who had run the sprint events in track his freshmen year, decided to run a bit farther than 400 meters as a sophomore.  Remarkably, he made the transition to distance running seamlessly and was quickly adding to his strength and endurance.  He became one that the coaching staff could always count on to give 100% in workouts, pushing and testing himself when asked to. The improvement that came with that effort was quick and consistent … and fun to watch!

But more than just simply running well, Jonathan brought to cross country a character and integrity that drew his new teammates (and coaches) to him.  Keeping pace with his work ethic in practice and passionate race day performances was a kindness and quality of spirit that had the ability to lift the team to a higher plane. He is coachable, cares about his teammates and the team and has always been a great representative of the team and the school.   His positive attitude and presence, simply put, made the team better.

Jonathan Weaver will graduate this May and will leave a legacy of hard work and integrity, and for that we are immensely grateful.