EASTVALE:  The cross country teams traveled to the Eastvale campus of Eleanor Roosevelt High School Mustangs on Saturday for the second meet of the season.  Roosevelt has long 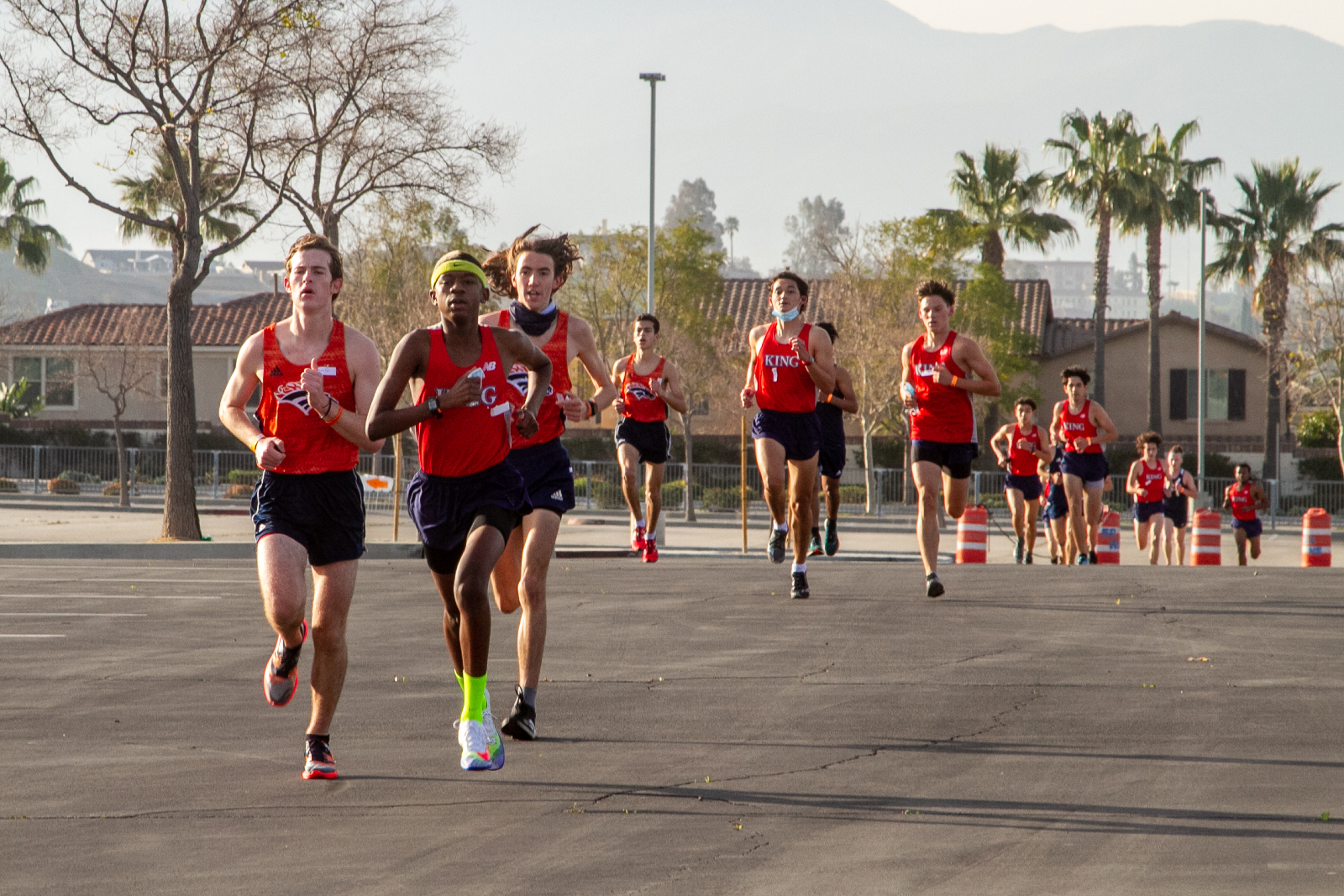 been one of the league powers in both the boys and girls divisions, and so the Wolves knew they were going to have to push to beat them.

And that’s exactly what they did.  In two races, the King kids scrapped and fought for three meandering miles through the campus and it’s surrounding fields.

The boys were the first race of the day and executed a flawless team race but had to work for it as Roosevelt matched them mile-for-mile.  Francisco Zavaleta and Edgar Ortega positioned themselves at the front of the field and while Zavaleta would be able to create a gap after 2 miles, Ortega had a dual going throughout with Roosevelt’s Landen Breckner that only a hard last 500 meters by Edgar was the difference maker as King went 1-2. Both King seniors ran career personal records.

But it was a brilliantly executed race by junior Gray Mavhera who held back over the first mile (he was about 10th at that point) but steadily moved up to cross in 4th, a difference maker in the score! Two sophomores Jack Slavin and  Damien Zemanek, both of whom ran career-best times, closed the door on the Roosevelt attack and King went home victorious 24-32.  Julian Morgan, Jonathan Weaver and Nathan Curtner were all in the top 9 for King 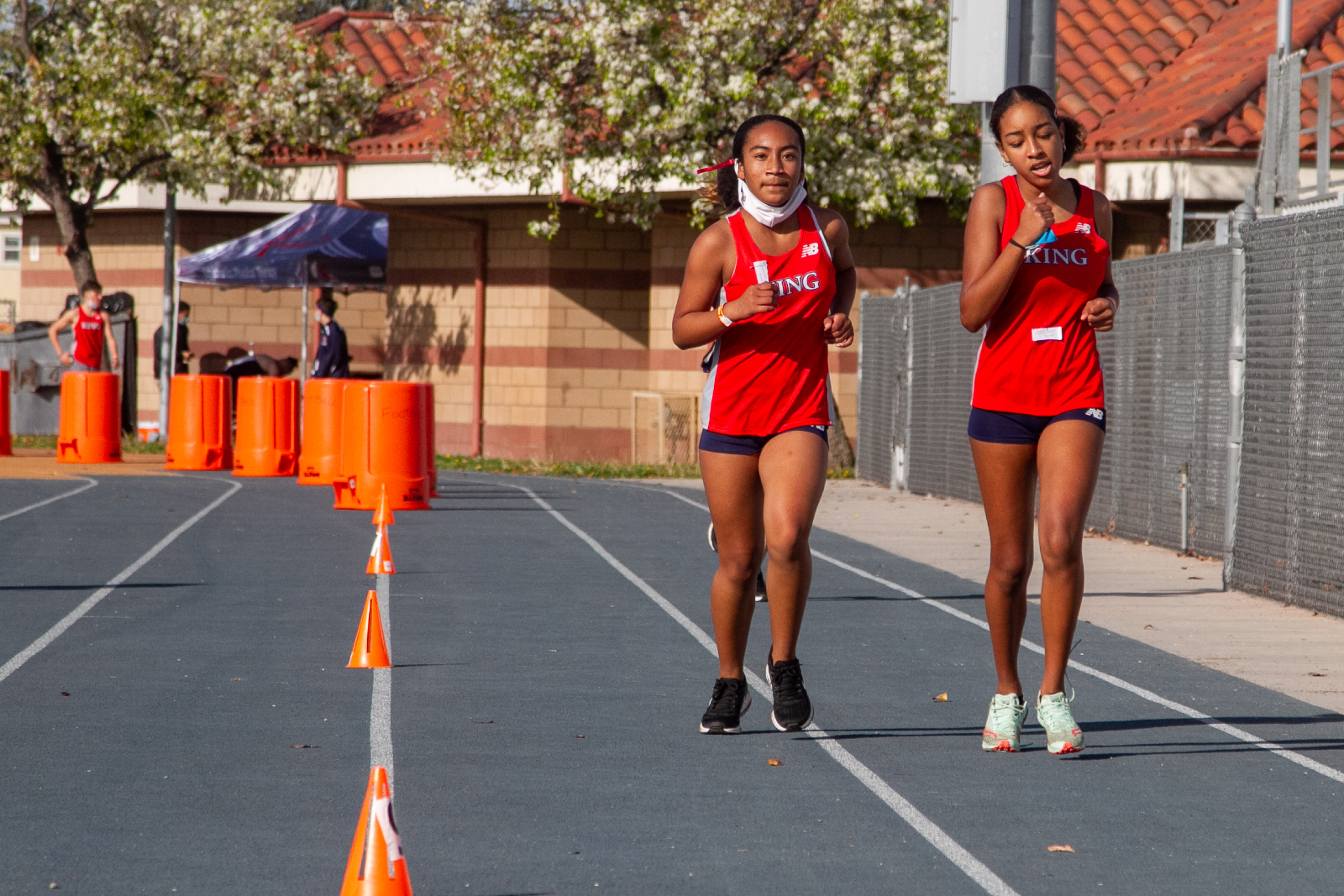 Mustangs took the lead into the final quarter mile.  A terrific kick by Andrea wasn’t enough to hold back the galloping moves made by Roosevelt’s Kayla Wrathal and Madyson Nakamura who went 1-2 to Guadian’s 3rd.  Andrea broke 19:00 for the 3 miles for the first time in her career, and Brunken, who crossed in 4th had a lifetime PR of 19:00 as well.

Justine Marshall (Sr) had an outstanding race. “The atmosphere was full of positivity, encouragement and good competitions” she said after the race.  “I believe that it fueled our fire and we left it all on the course.”   Fellow senior Evenie Fuentes ran that way as well and the two of them finished 3rd and 4th for King respectively.

Sophomore Andreya Goodson scored as King’s number 5 but the Wolves fell by a mere 3 points to the ‘Stangs.  Freshman Kaylee Magno finished in the top seven varsity runners as did sophomore Ashlyn Richmond.

Slavin commented, “today was an outstanding day for both boys and girls as we showed all the hard work has payed off.  It was great to see all the smiles on my teammates faces.  It felt good to beat a high caliber team like Roosevelt on their home course.” 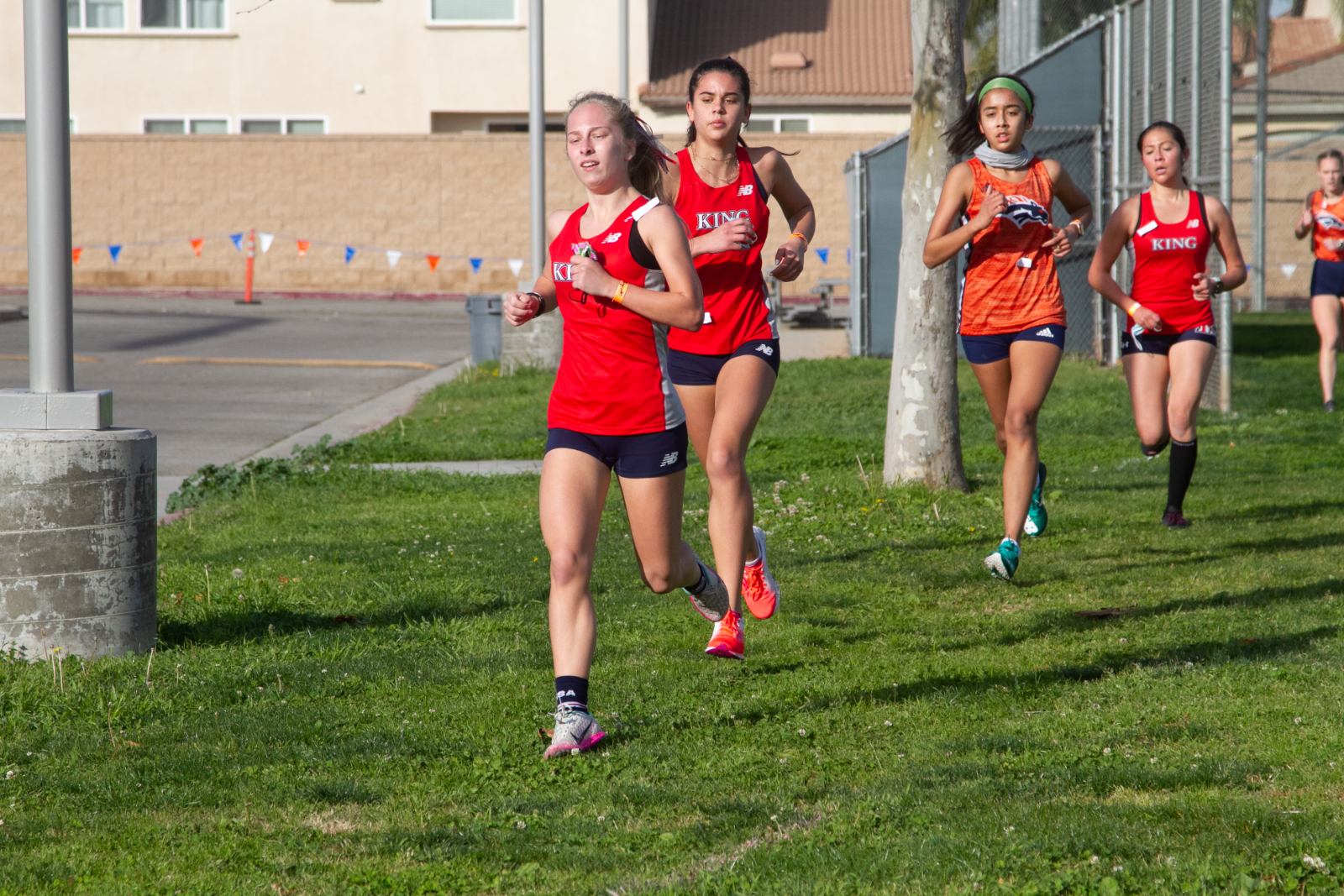 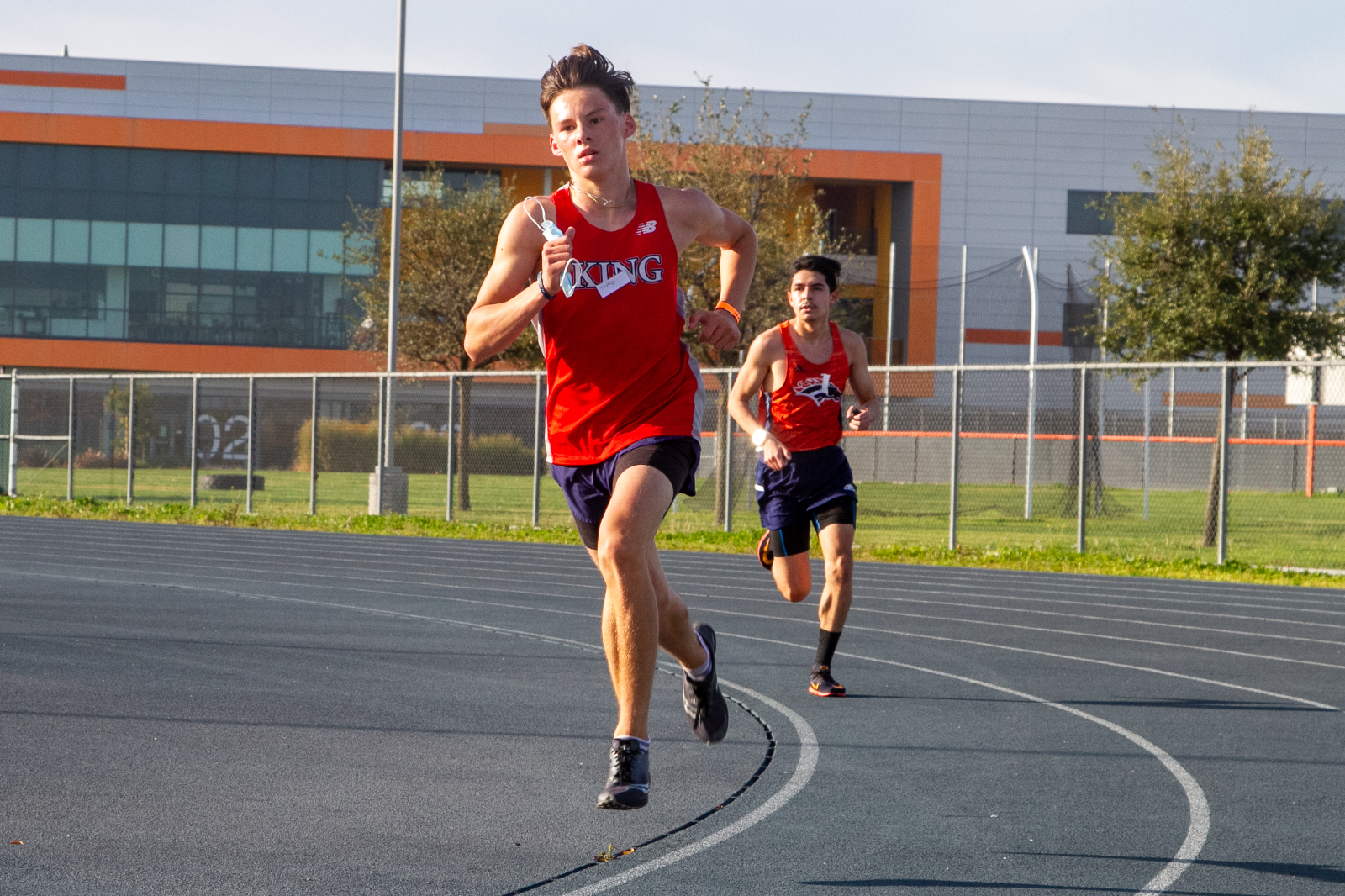 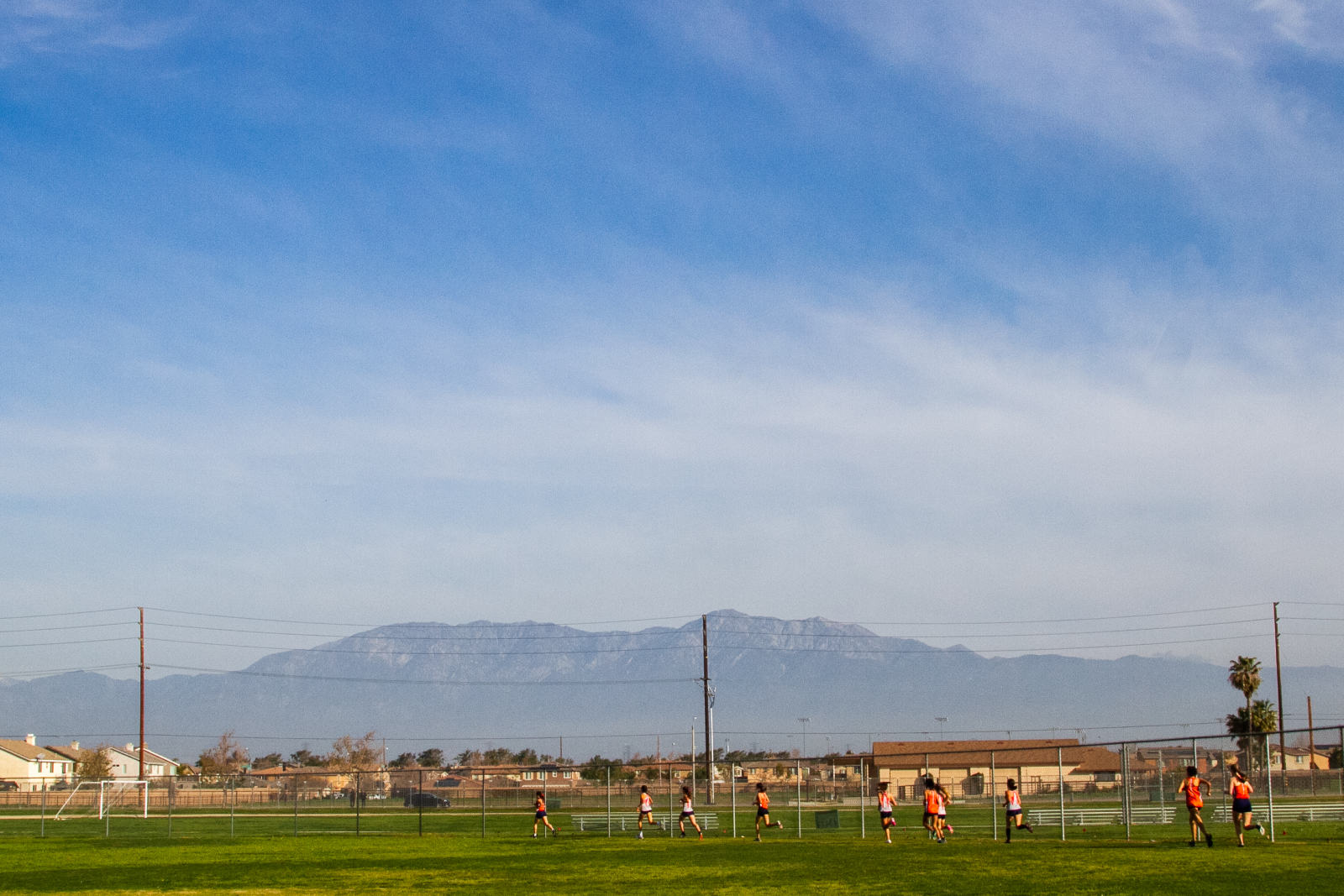 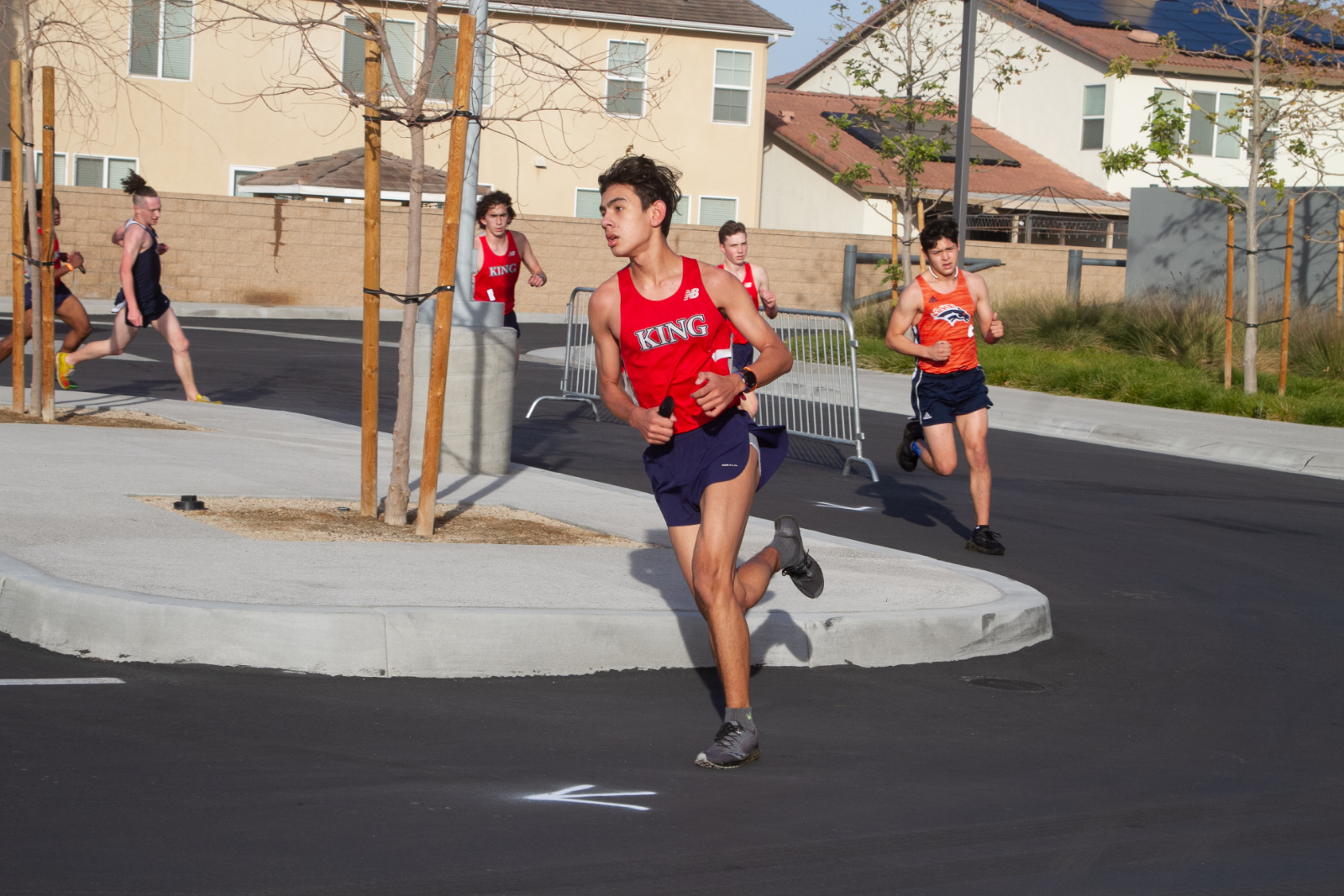 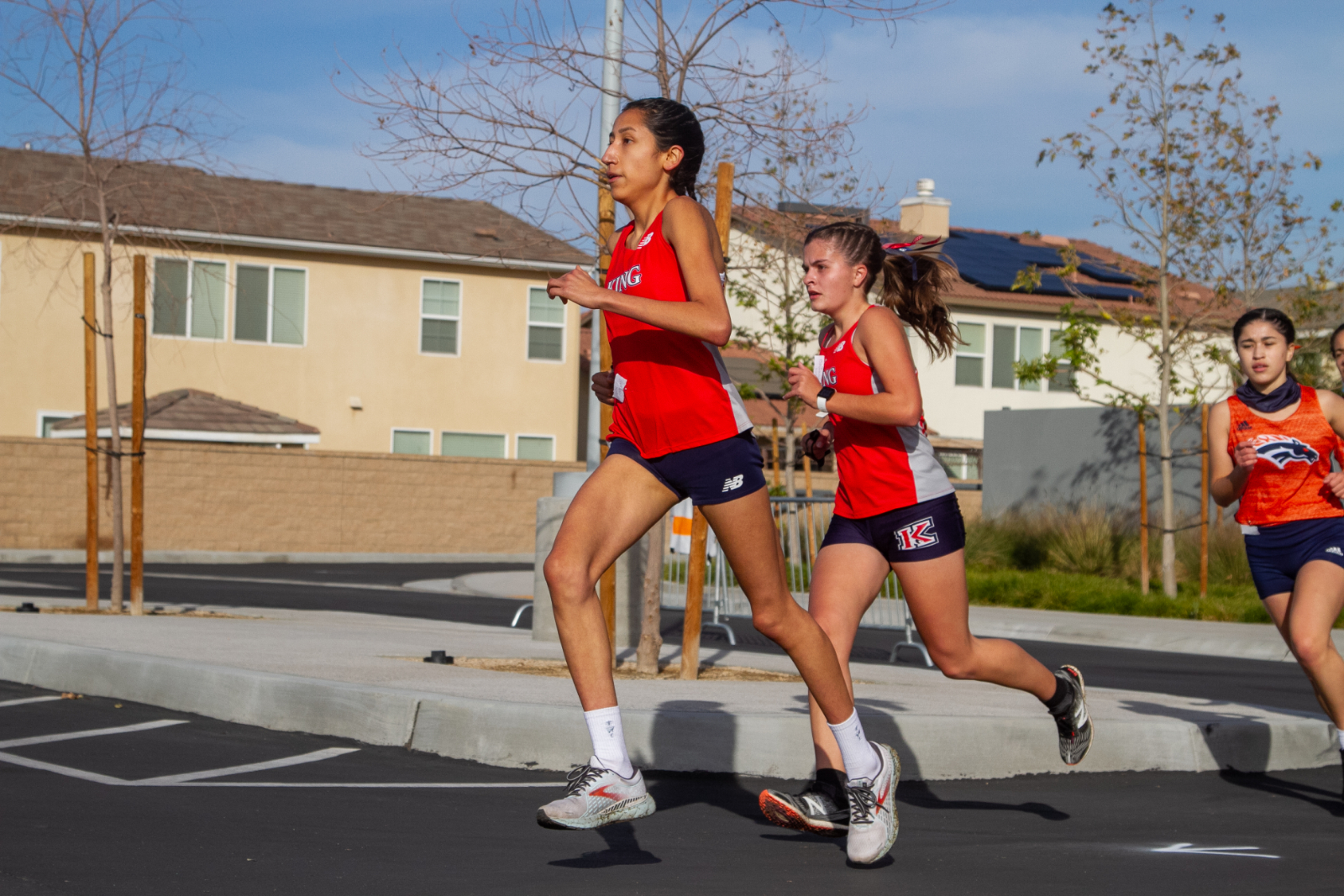