RIVERSIDE:  The last time the King cross country teams raced was November of 2019.  441 days ago to be exact.  It was the CIF-SS D1 Championship. Thousands of fans clumped together shoulder to shoulder, shouting at hundreds of kids who were racing in the biggest meet of the season.  Not a face mask was in sight. 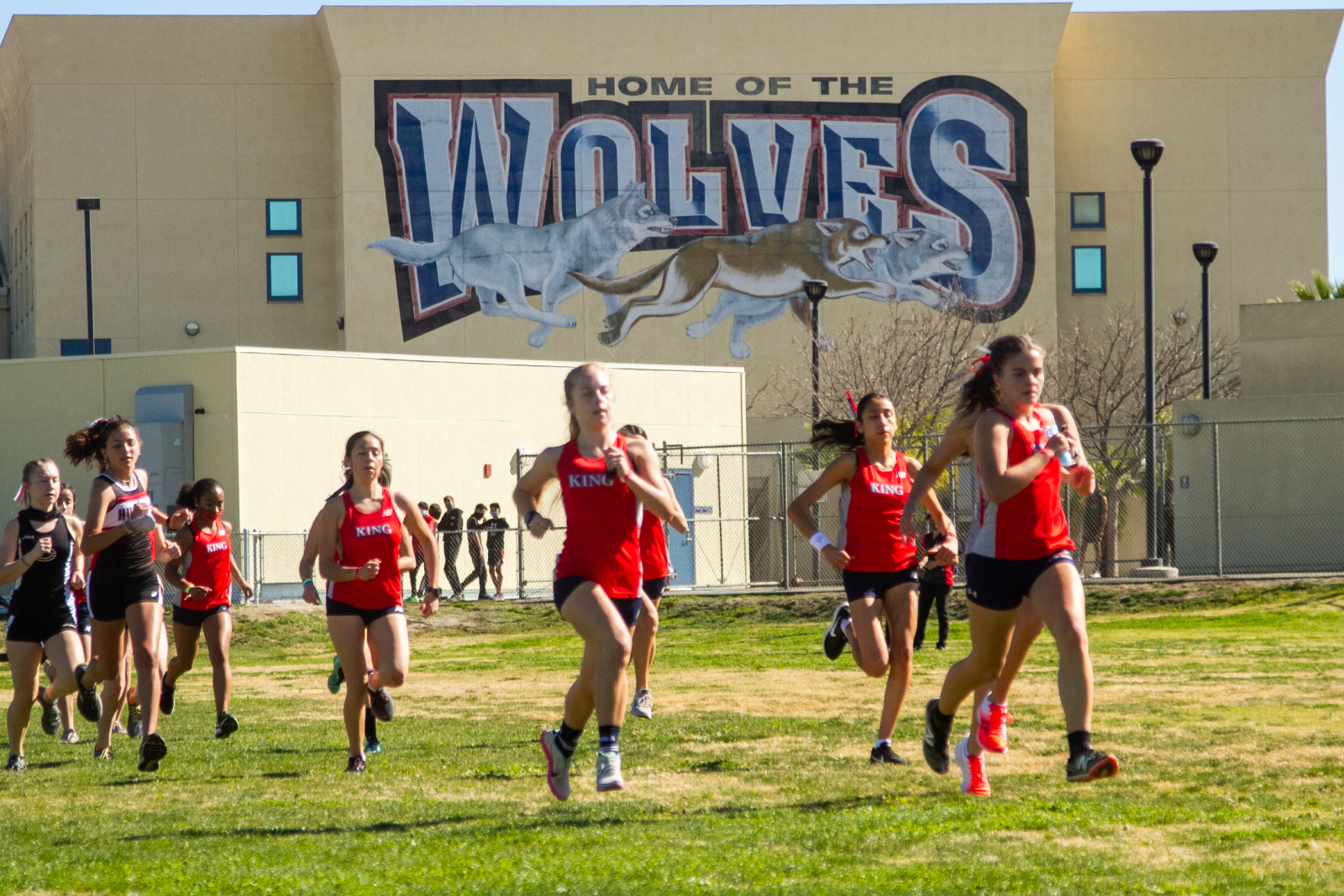 A lot has changed since then, as COVID-19 and quarantining has reshaped the high school landscape in a myriad of ways.  Sports were put on hold, kids were sent home to learn online and as weeks turned into months, what was once normal seemed to be almost forgotten.

But there was a return to some semblance of normal on Saturday as the King High Cross Country teams took to the line for the first time in almost 15 months.

“Normal” … well, kind of.  Spectators were limited.  Some runners wore masks.  Team huddles were forbidden and social distancing was enforced. All good things in this pandemic, but certainly not normal.  Former courses for racing were closed, so a 3-loop circuit was laid out on MLK’s campus, a first in the school’s 22 year history.   But despite all of those differences, King kicked off their long-delayed season on Saturday in a dual against Corona-Centennial High.

Competitively there wasn’t much to shout about behind one’s mask as King won both races easily, even sweeping the boys race.  But it was an official Big 8 League race – the first athletic contest of any sport this year – and the King kids made a very good showing against not just their opponents, but against the obstacles the pandemic imposed upon their day and their last year.

Call it a win in more ways than one!

Andrea Guadian (Jr) is in her second season of cross country and is dramatically faster than she was last season (in 2019) as she took the race early and never looked back to win her first ever race at any level with a time of 19:36.  Audrey Brunken (Jr), Justine Marshall (Sr) and Evenie Fuentes (Sr) were the next across the line before Centennial’s first came through.  Andrea Goodson (So) was the final scorer.  The Wolves won, 17-44.

King had some solid showings from a couple of freshmen who ran their first ever high school race.  Kaylee Magno, Leah Pendleton and Gardemia Sandoval were among King’s top 10. For good measure, sophomore Ashlyn Richmond was 8th overall.

For the boys, Francisco Zavaleta (Sr) took the lead right off and held it, finishing the 3 mile course in a time of 16:02.  Right behind him were Edgar Ortega (Sr) and Gray Mavhera (Jr).  Then came a red wave, as the next six places went to King.  Two sophomores, Jack Slavin and Damien Zemanek were 4th and 5th respectively, while Julian Morgan (Jr), Jonathan Weaver (Sr), Nathan Curtner and Matt Gwynn (So)  all crossed the line before the first Centennial runner.  15-50 was the final score.

In a year in which the starting line has been moved so many times, the fortitude it took for these student-athletes to get to this point is remarkable.  ML King’s Athletic Director, Chip George said, “the kids have been working so hard the past four months without knowing if they even had a chance.”

That chance, that starting line, finally materialized on Saturday.  A little glimpse of what was once normal, in a year that has been anything but. 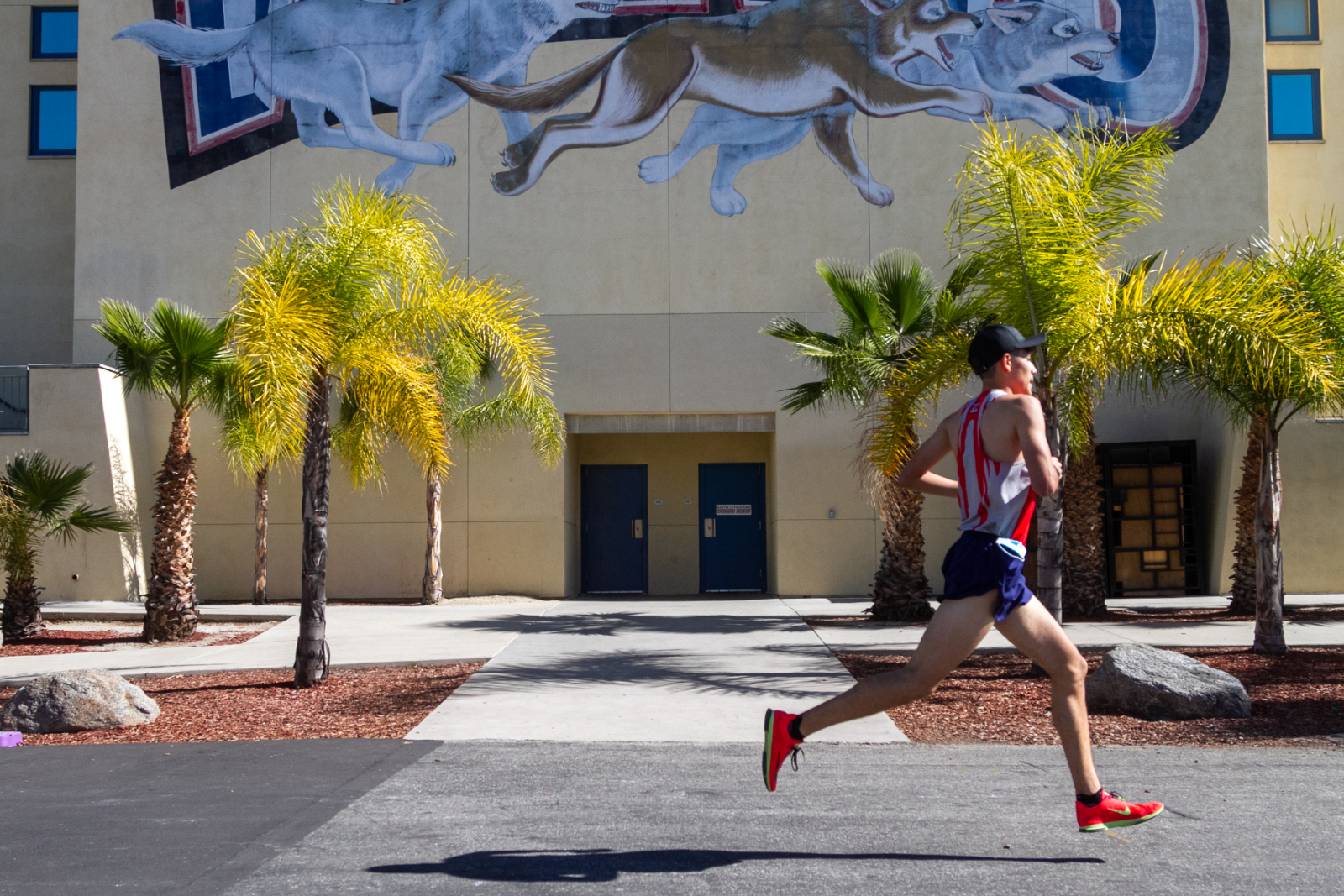