Caleb Hoff was nominated the character counts recipient by his team and coaches. Caleb is proof that nice guys don’t finish last even in a tough sport like wrestling. He placed 4th and 3rd respectively in C.I.F. the past two years and he placed third twice at the Riverside County Finals. He is physically very talented and was able to throw his opponent at C.I.F. and pin him in a come-from-behind victory in the last 10 seconds!  He is one of the nicest young men you will ever meet and I have never observed Caleb get agitated or lose his temper in the past 7 years of wrestling ( he is a King youth wrestler) . His temperate personality and politeness makes him very popular with his team. Aside from being a gentleman, Caleb has maintained above a 3.6 GPA the past 4 years and competed at King for the Lacrosse team as well. Caleb is a Renaissance young man who has left a good legacy at King. 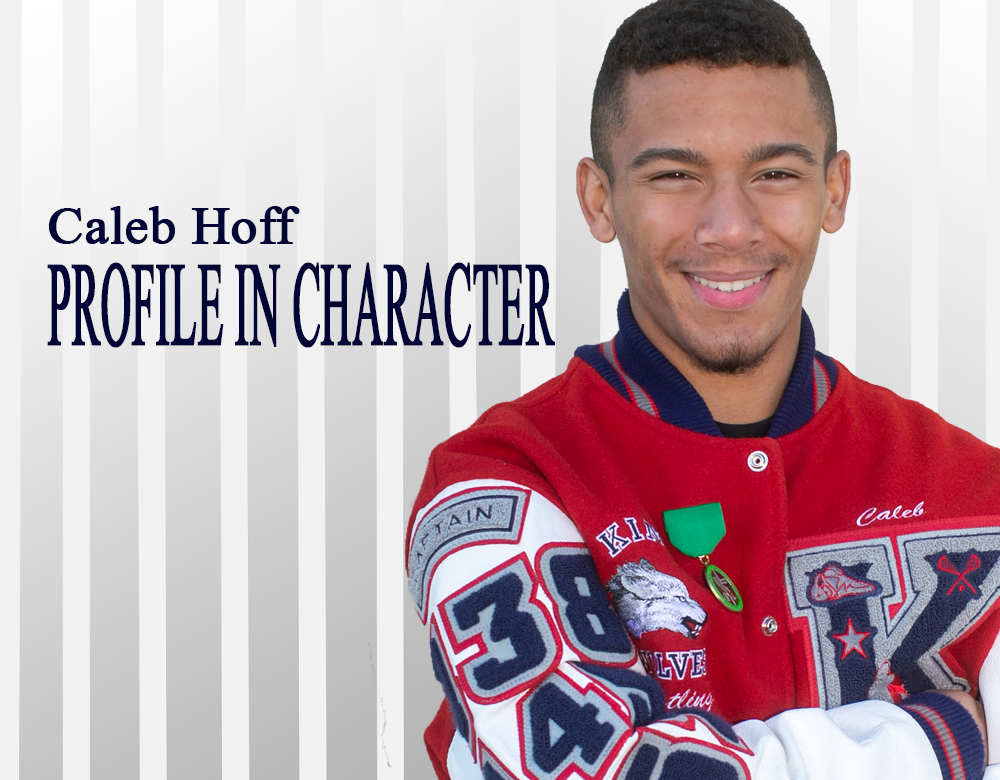