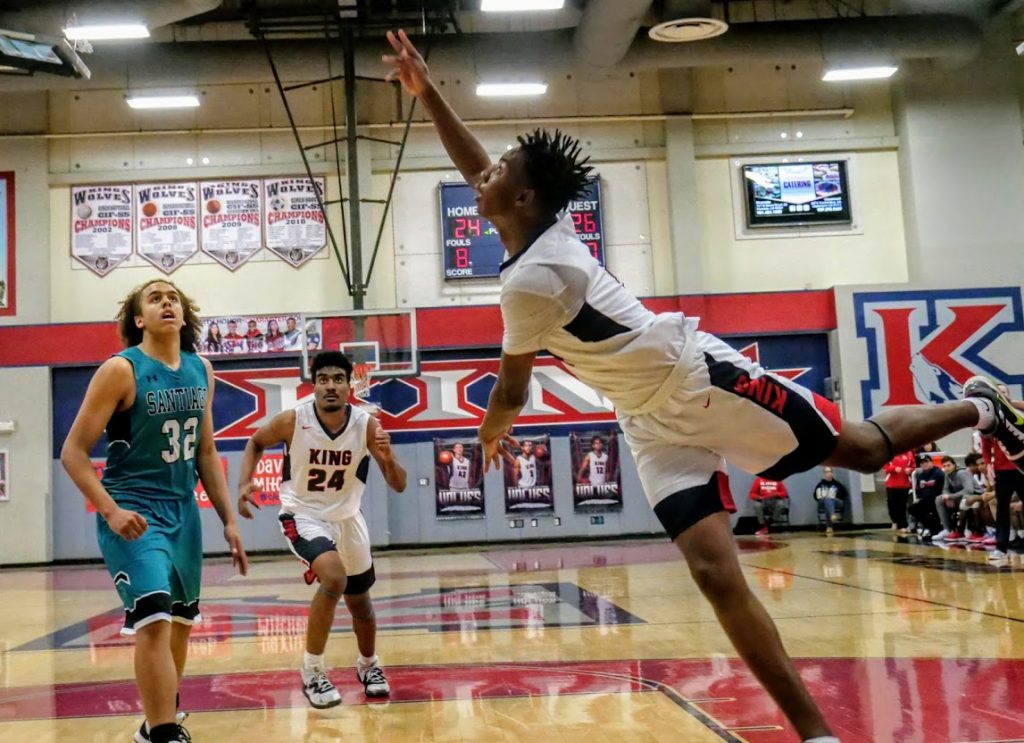 RIVERSIDE.  It ended with a buzzer-beater from the free throw line.  With Big 8 foe Santiago on their home court, King made the final shot and edged the Sharks  57-55.

It was a hard-fought, back and forth game.  David Mitchell and Kenny Clayton led the scoring for King with 16 points a piece and 8 and 6 boards respectively.

But there at the line at the end of the game, Mitchell made two free throws to put King up by 2 and seal the deal.

“We went into the game knowing that the keys were handling their pressure and rebounding” said King coach Mark Vanta.

But King wasn’t able to execute the plan. “We did not handle the pressure” Vanta said frankly.  “In fact, we created quite a hole to dig out of” he said, speaking of the 20-9 deficit the Wolves were under at the end of the first quarter.

King turned the ball over for easy layups in that first frame.

But they rebounded – if you’ll pardon the pun – and the team “re-centered, calmed down and trusted” what the coaching staff of Jeff Dietz had put them through in the lead-up practices.

King held Santiago to just 6 points in the 2nd quarter, while scoring 17 themselves, which put them right back where they needed to be.

From there, the game was “just a hard fought battle where we came out on top – sinking two free throws at the end” Vanta said.