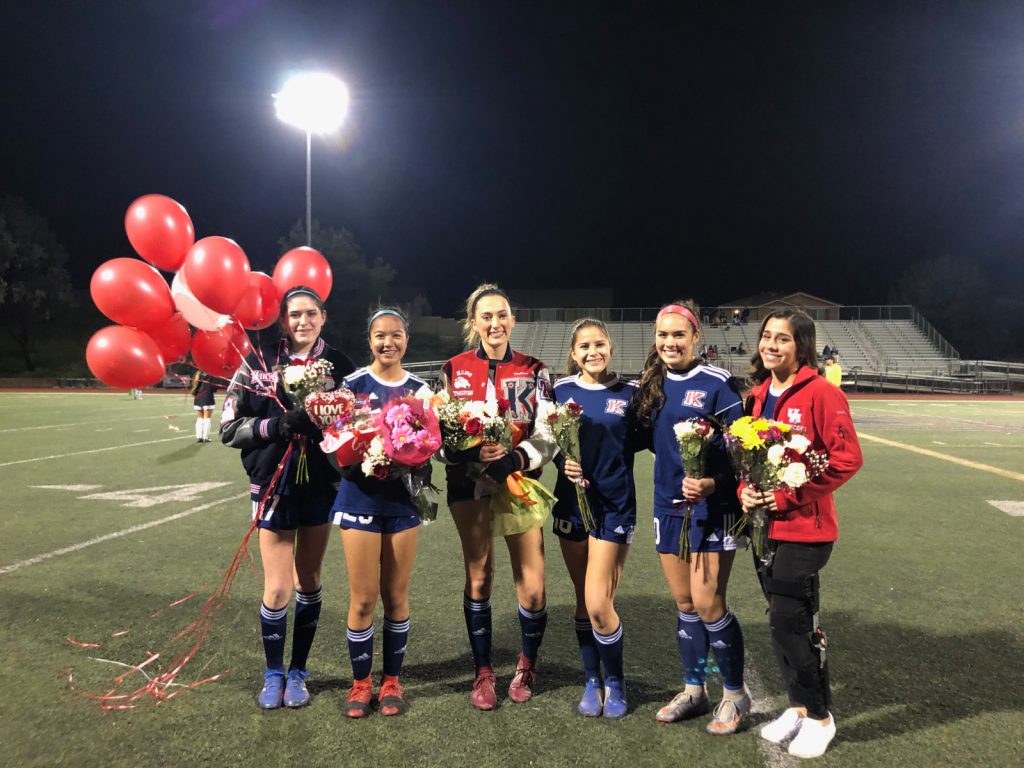 RIVERSIDE:  Monday night’s game was cold and that could have described more than the blustery weather.

It also described King’s play on Senior night against Centennial.  The Huskies dominated and left with a 3-0 victory.

“Centennial was able to find open players in front of our goal several times and was able to capitalize on their opportunities” King coach Dave Smith said.

Despite the deep chill King’s scoring was put on, there were warm feelings of honor and nostalgia as the program honored their seniors.

“The players showed great love and respect for their teammates” Smith crowed.

There were other moments that stood out in the otherwise dismal game.  The first came at the start, when senior captain Kylie Patterson, who has been injured all season, was able to take the field to start the game.

When the ball was played out, she was able to come off of the field on her terms.

“As the first player I brought up to varsity last year” Smith said, “Kylie has meant so much to me and the program.”

Later, Smith was about to put into the game sophomore goalie Makaila Riedel in goal and she said, “give my turn to (senior) Tatum (Lakshin)”

“I was so proud of Makaila and it epitomizes the way these girls have been supporting each other all year long.” Smith said.

The league season has been a bit of a grind, leaving King at 4-4-1.  “At this stage of the season we just need to continue focusing on what we do best and playing the way we know will be the most successful on the field” Smith said about what lies ahead in the remaining days of the 2020 campaign.

“The strength in our team lies in the bonds they have formed as a team. In has been such an honor to coach the girls this season and to see how truly far they have come together as a team” Smith said.
Wolves Official Sponsor
Feb
24