TORRANCE: At the end to the day, the CIF SS Masters Track and Field Meet is just a qualifying meet for the State Championships to be held this weekend in Clovis, CA.  But using the word “just” in that sentence under describes the meet.  It’s more than that. 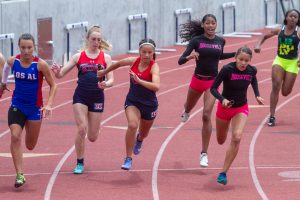 The CIF Southern Section in track consists of 4 divisions, totaling nearly 500 schools.  To get to the Masters, an athlete must compete exceptionally well in their Divisional Finals where the four divisions run separately.  To get a shot at the Masters Meet one has to finish in the top 9 per event from all 4 Southern Sections divisions combined, thus making Masters a stage on which only elites from Southern California can tread.

To make the State meet, athletes must finish in the top six places of their event, or beat a qualifying mark.

That was the setting and those were the stakes on Saturday for King High.  At the end of the day,  Masters was “mission accomplished.”

The girls 4×100 relay squad of Raykiyat Olukoju, Kalya Seldon, Sheredyn Pfeiffer, and Jade Roberts was first to take the track and executed flawless exchanges while getting the baton to their anchor Raykiyat in 6th place, the last of the qualifying spot.  Ray bolted down the home stretch passing two opponents to bring the team across the line in 4th place with a time of 47.13, just a fraction off their best time of the year.  They will be the first relay squad in school history to compete in the State meet. 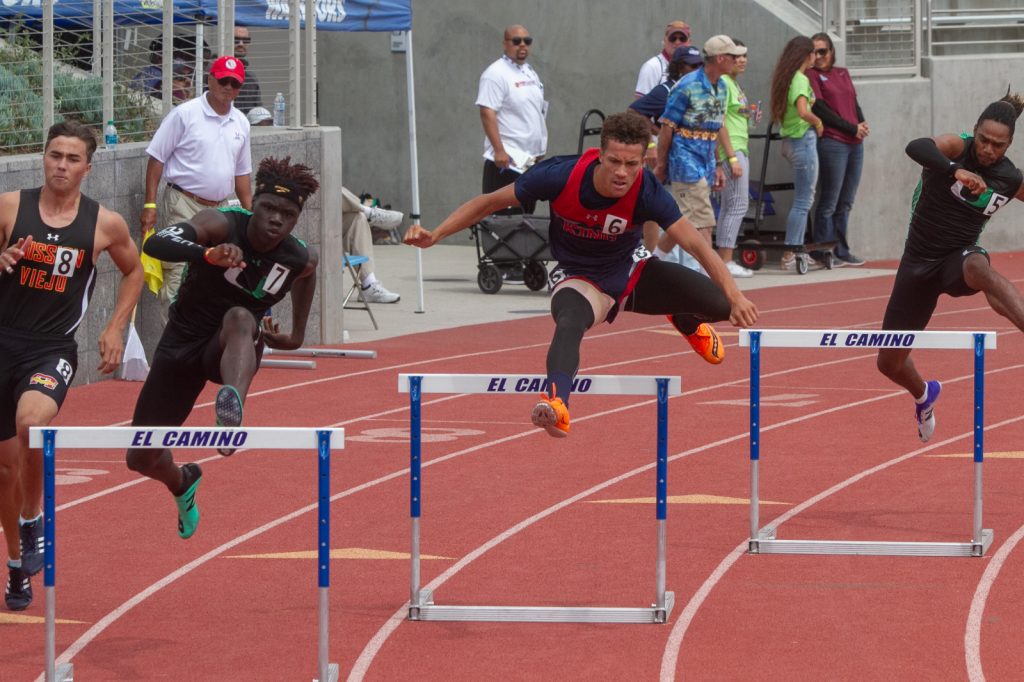 Reyte Rash, who was State runner up in 2018 in the 300 meter hurdles has been down this road before.  However, a slightly injured groin muscle necessitated him dropping the first of his two events, the 110 meter high hurdles as a precaution.

The leg didn’t seem to hinder him in the 300’s though as he took the lead coming off the turn and powered his way to the victory at 36.89, just 3-10ths off his best ever mark set last week at the CIF D1 Finals.

“I was a bit worried going into today” said Head Coach John Corona.  “I was worried about where the kids might be in their mind set. It was a tough week mentally and physically for all of them. There were a lot of ups and down, peaks and valleys, a lot of pressure because the Masters is the meet that gets you to State.  But, boy! They certainly responded didn’t they? What a great achievement for all those youngsters and for our program.”

Raykiyat would compete a second time herself in the 200 meters where she finished 9th, a remarkable achievement in it’s own right for the 9th grader!

Also included in the day’s agenda at the Master’s Meet was was the inaugural Unified Sports Track Championships.  This program, in partnership with Special Olympics, partners a student-athlete of Special Needs and a General Ed student-athlete in competition against other teams in various events. An average of the two competitors marks then determines their standing in that competition.

Representing King in the long jump was Bryce Goldman and  Zach Chelette, who made it through last’s weeks’s qualifiers at Trabuco Hills High School. Both young men suffered a bit from nerves at first, competing in such a high profile event, but they put together a series of good efforts, including Bryce’s PR jump of 14-4 to finish third.  “What a great accomplishment for those two kids. We are really proud of them. ” said Coach Corona. ” The Unified Sports concept is a great one and as this idea gains momentum throughout CIF member schools, our program plans to be part of that wave.”

So the mission at Masters was accomplished as all of King’s crew who entered will move on to the 101st running of the California State Championships to be held this Friday and Saturday in Clovis. 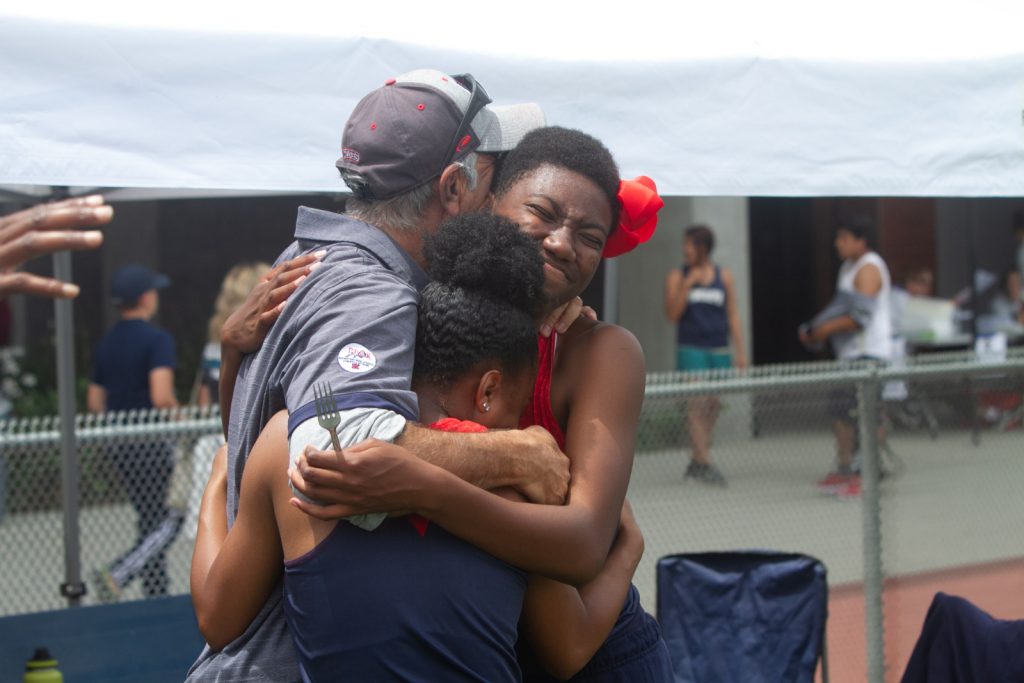 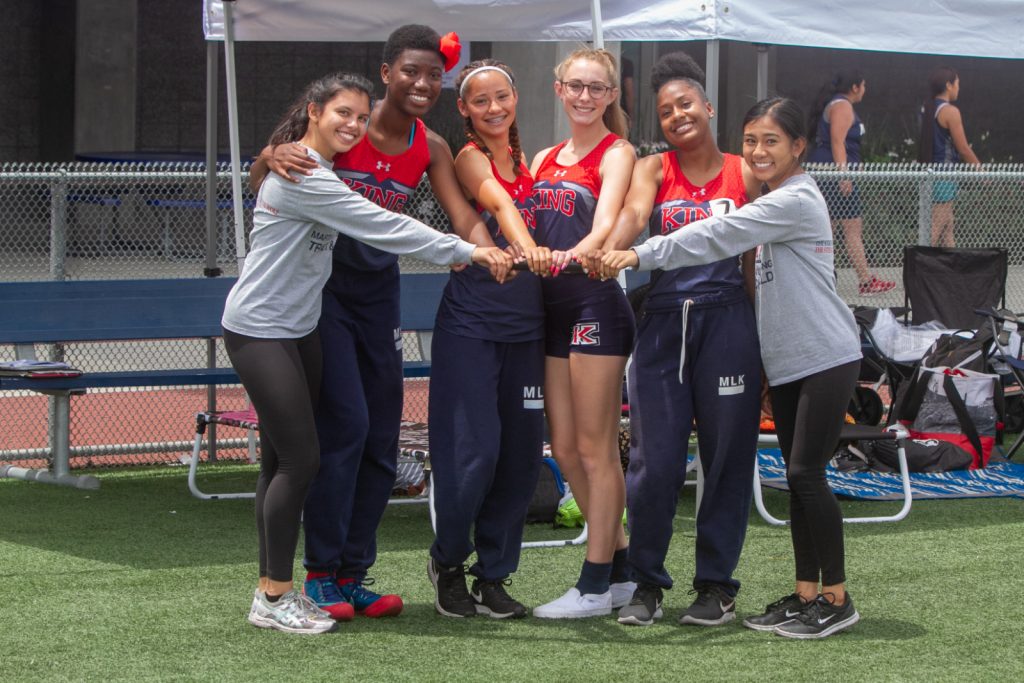