CHINO HILLS:  After a long successful year for the Wolves, it came to an end yesterday at Los Serranos Golf Course.

The Wolves put together their best 18 hole score of the season in finishing 8th place in the Eastern Division.

The Wolves were led by Kevin An with a 71, Joel Gonsier with a 78, and Chase Colunga with a 79.  The Scoring was rounded out by AJ Burke’s 81, and Evan Chavez and Ivan Ciudad Real 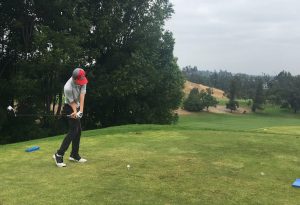 While the Wolves only finished 5 shots out of a 4th place finish, it was a solid end to a great season. It is always a little disappointing when the season doesn’t end with a championship, but it was still an excellent score for a rebuilding season.

Coach LeDuc’s team finished the year with a 15-2 record, a 2nd place league finish, a Riverside Cup Championship, and a runner up in the Beaumont Invitational. The Wolves also took the individual Big 8 title with Kevin An’s victory.