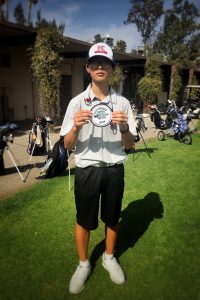 The Big 8 League Finals took place at Indian Hills and Jurupa Hills in Riverside this past week. The top 36 players from the Big 8 would play two 18 hole rounds with a cut in the middle to determine the top 8 all league players. The Wolves had been able to claim the league champion the past 3 years(Sam Butler 16’,17’ and Johnny Walker 18’). With Walker gone the Wolves looked to a new leader to carry on the winning tradition.

After the first 18 at Indian Hills, freshman star Kevin An was in a tie for first with Roosevelt senior Cole Garza. Other Wolves to make the cut were Chase Colunga, Max Kim and Ivan Ciudad Real.

The two main goals at league finals are to either be the league champion, or to advance to CIF by placing in the top 8. As Thursday’s round at Jurupa went on all eyes were watching the final group. As they made the turn(first 9 holes), An’s lead had disappeared and he trailed by 5 strokes.

Knowing it would take a monumental comeback on the back 9 he went to work as the wind picked up. After parring Holes 10 and 11 the match turned on hole 12. A short par 4 allowed Kevin to nearly drive the green. After hitting his approach shot to 10 feet, his first birdie of the day put him only one shot back of the lead. After parring 13 and 14 he once again sat back atop the Big 8 leaderboard. Despite some difficulties off the tee on both 15 and 16 amazing approach shots(one from 210 yards, the other a punch out from below the trees) allowed An to rack up back to back birdies. Sitting at 3 under for the back 9 and moving into the lead by himself, he Finished the final two holes in conservative fashion to hold off the rest of the league. His two over 72 score gave An a 3 stroke victory over the closest competitor, and gave the Wolves the second straight league title by a Freshman.

“This whole season people have compared An to Johnny from last year” coach LeDuc said. “While they are different players with different abilities, the back 9 was very reminiscent of Walker’s ability to overcome adversity and believe winning was possible.” An has now blazed his own path which will continue next week at CIF, and hopefully beyond. 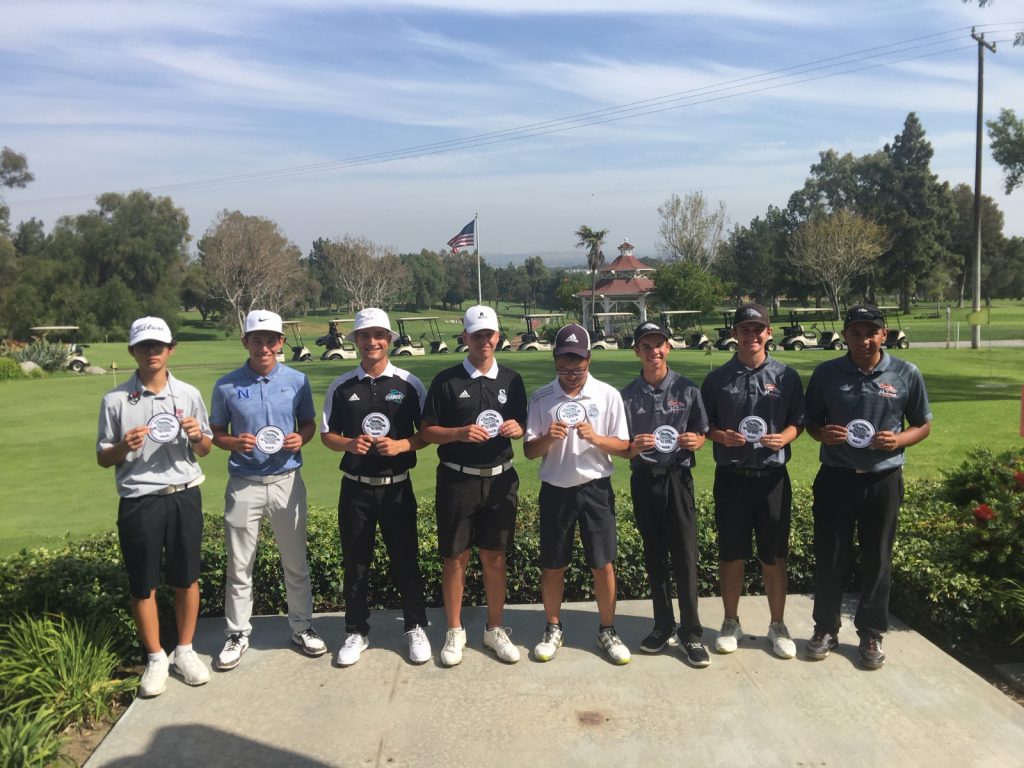