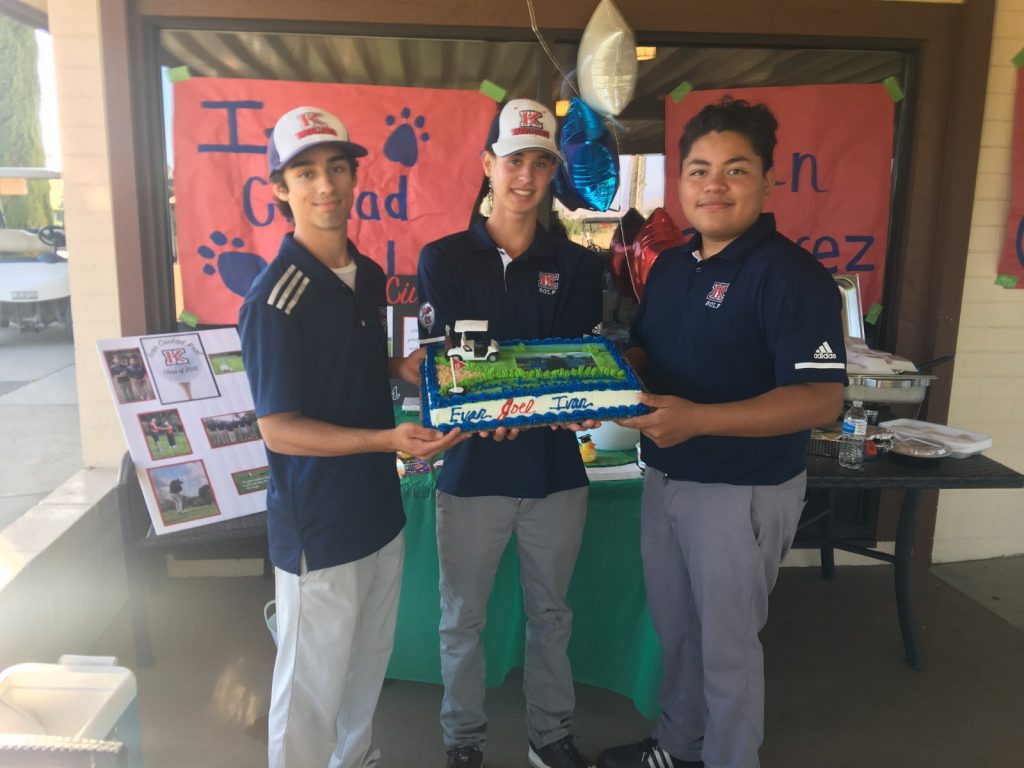 Senior day is the final home match played during a golfer’s career. Over the past four years Joel Gonsier, Ivan Ciudad Real and Evan Chavez have teed it up in countless matches for both the Wolves Varsity and JV programs. In a fitting finish the boys were victorious coming away with a 206-276 victory over Centennial.

The 70 stroke victory was the largest for the Wolves this season and was a fun way to finish. The Wolves were actually led in the match by AJ Burke who posted a career low round of 37 in the match. Gonsier shot a 40 while Chavez and Ciudad Real finished off the scoring with 44’s.

While the match was the final event for them to be played at General Olds in their storied careers, it is not the end of the season. The Wolves will take on league rivals Santiago on Wednesday to determine whether or not they will take second in league outright this season. The Wolves defeated Santiago 2 weeks ago, and will be headed to Glen Ivy to finish up the regular season.

The Wolves also have qualified for CIF team which will take place in three weeks at semi-home site Canyon Crest.. 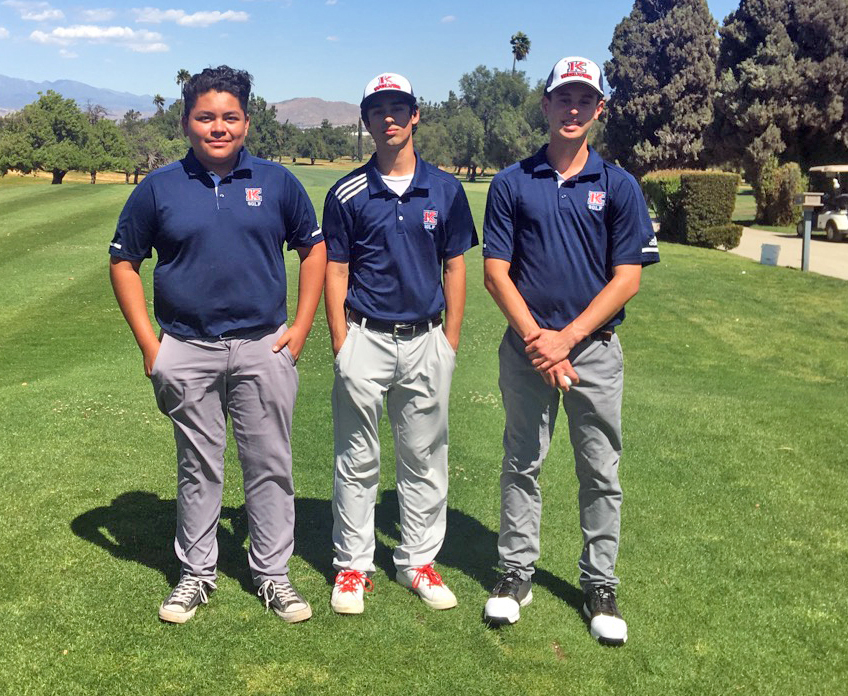