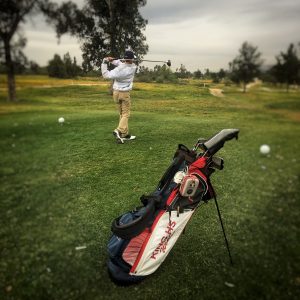 A day after the Wolves staggered to a 2 stroke victory over Santiago in what could only be described as a lucky win, everything changed the next day.

The Wolves came out against Norco High School and played their best golf of the entire season.

The 194 bested the Wolves top 9 hole score of the season by 5. That is a huge jump from the day before that saw the Wolves should a 216.

Overall the Wolves had excellent contributions once again from Senior Joel Gonsier and Junior Chase Colunga who have partnered together to play excellent golf the past week. The biggest change was freshman Kevin An who surged to his best round of the season with a 1 under score of 35. That was the first under par round this season for the Wolves and allowed for a big win.

The final score of the match was 194-233 and completed an impressive 3-0 week for the Wolves, and a 7-0 week for the program including both jv and varsity matches.