RIVERSIDE:  Up against the Wildcats of Redlands East Valley (REV)- their girls were CIF runners up last year – King knew it had a quality opponent.

Coming out of spring break and a span of a couple weeks without competition, King also knew it had some rust to bust off.

“We are always a little rusty (in situations like this)” said Coach Leisha Masi.  Their last meet some two weeks back had been cancelled due to lightning in the area.

But the rust, if there was any, broke off quickly and King got after it, ultimately defeating Redlands EV.

“The atmosphere was relaxed despite it being a meet where we knew we would have to perform well in order to win and redeem ourselves from last year” said senior, Molly Thornton. “We know a lot of their swimmers so we came prepared to compete and enjoy the competition.”

Masi saw that same attitude.  “Our kids came ready to compete” she said.

Despite REV having several of the top finishes, King’s girls outscored the Wildcats with its depth finishing 2-4 in most events  and coming in 2,3 in  the free relays. Likewise, King tends to come on strong toward the end of the meet where on Thursday,  Thornton and Hedy Bian held off CIF finalists, to go 1,2 in the 100 breast with their own CIF time standards. “I am happy to have a season best at this point in my year and am ready to see what that brings me going in to League and CIF.” Thornton said.

Freshman Bian also had wins in the 200 IM and contributed to the winning medley relay.

Freshman Evan Ausmus continued to impress, showing versatility across the meet.  Matt Howard had two wins in the 100 fly and 50 free.

“Our kids are consistently reminded how quickly League finals is approaching so every race is key if they want to earn that top four spot into the League championships.” Masi said after the meet.

With league rivals Centennial and Santiago over the next two weeks King’s challenges are real and right around the corner. “We want to win the League title outright so being prepared for both is key to our success.”

“I continue to be proud of our desire to compete. We have several strong swimmers, but we also have a team of competitors at all levels. Everyone wants to improve and everyone wants to win. Combined, there is a lot of intrinsic development that I find incredibly valuable as a coach.”

Season Record for both boys and girls: 5-0 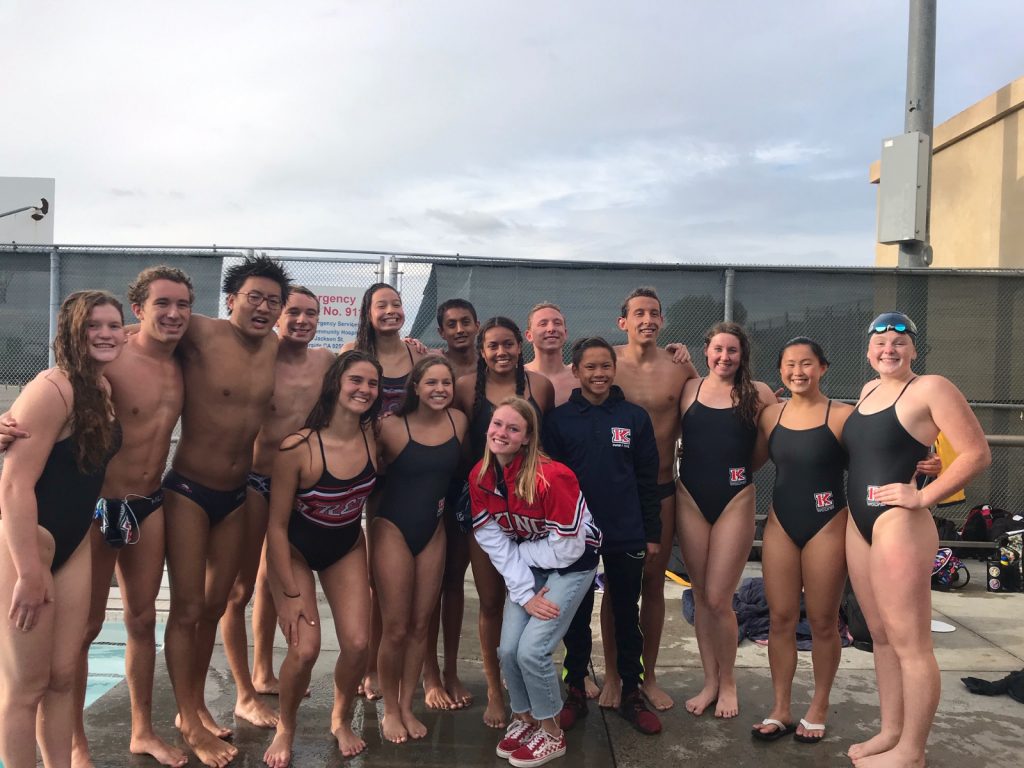