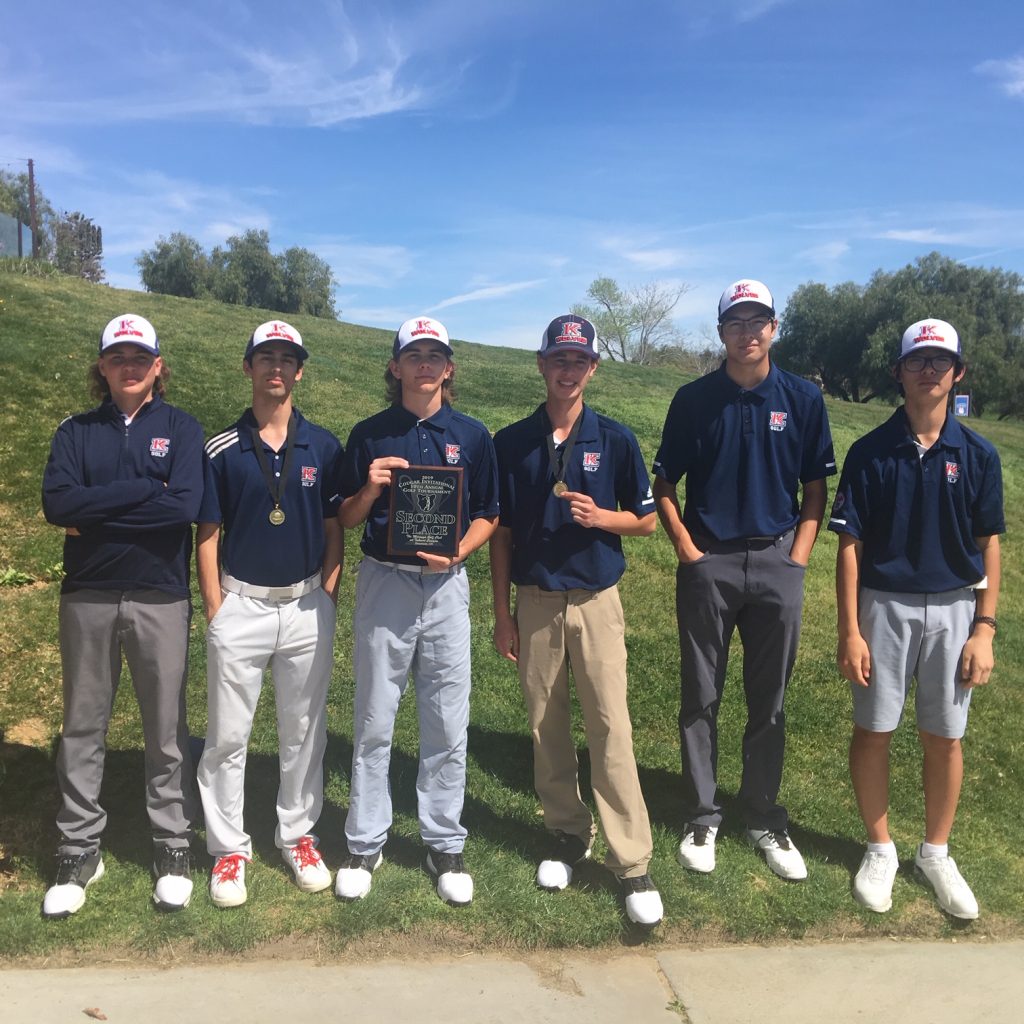 The Wolves took part in the Cougar Invitational held at Tukwet Golf Course this week. This was the third tournament the Wolves had been in thus far this year. After having a week off for spring break the Wolves continued their hot start to the season by finishing in second out of thirteen teams. “Shooting a 405 on a windy day in Beaumont is always a great score” said coach LeDuc.

The Wolves were led by freshman Kevin An who shot 73 for his third second place tournament finish this year. “I am gonna win the next one”

An said after his terrific performance. His 73 has been a constant, both in the Riverside Cup, The Poly Tournament and now at Tukwet. All three put An in a 2nd place finish.

The Wolves had 3 other medalists though on the day to help carry the second place performance. Senior duo Evan Chavez and Joel Gonsier both tied for 8th place with scores of 80. Playing without senior Ivan Ciudad Real who is currently hampered by injury, the Wolves leaned on JV call up Aaron Burke who shot an 88 for the Wolves. Overall the tournament hopefully will put the Wolves in a good place to have a strong second half of the season.