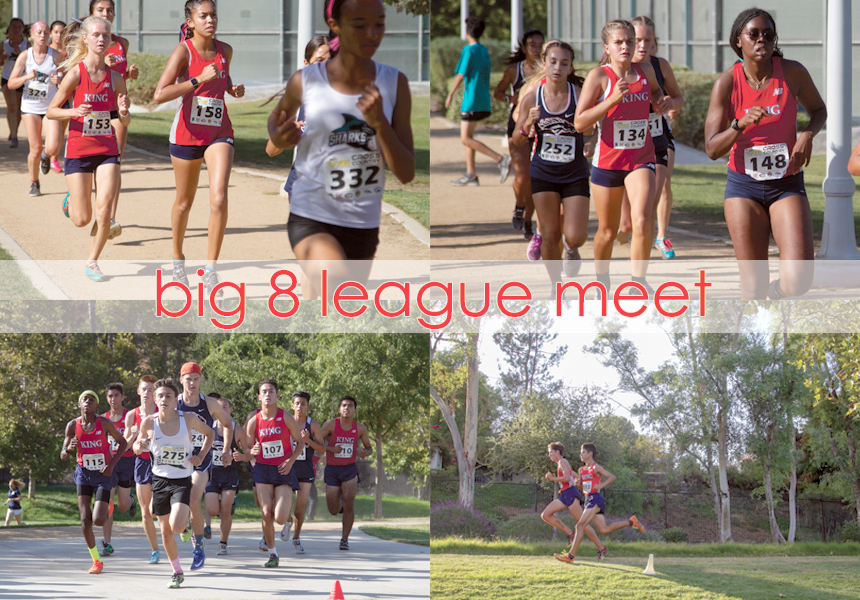 RIVERSIDE:  It was three years ago to the day that the boys varsity team from King was able to win a Big 8 league race, besting the other five schools.  On the same course as that day in 2015, history repeated itself on Wednesday at Andulka Park as the boys varsity team led by Garrett Vasta and Mitchell Machuca outran their rival Roosevelt and the rest of the league to win by a large margin.  Austin Fortenberry, Francisco Zavaleta and Edgar Ortega all helped with the scoring and the victory capped off a good day of cross country racing by the Wolves

Gray Mavhera won the JV boys race and led the team to a dominant win over Roosevelt by 22 points. It was the first race win for the 9th grader! Matt Castro and Hector Ruvalcaba both had outstanding races to follow, with Hector notching perhaps one of his finest races of his career. Nikko Guzman and Dathan Chann rounded out the scoring five to complete the boys’ sweep of the league. 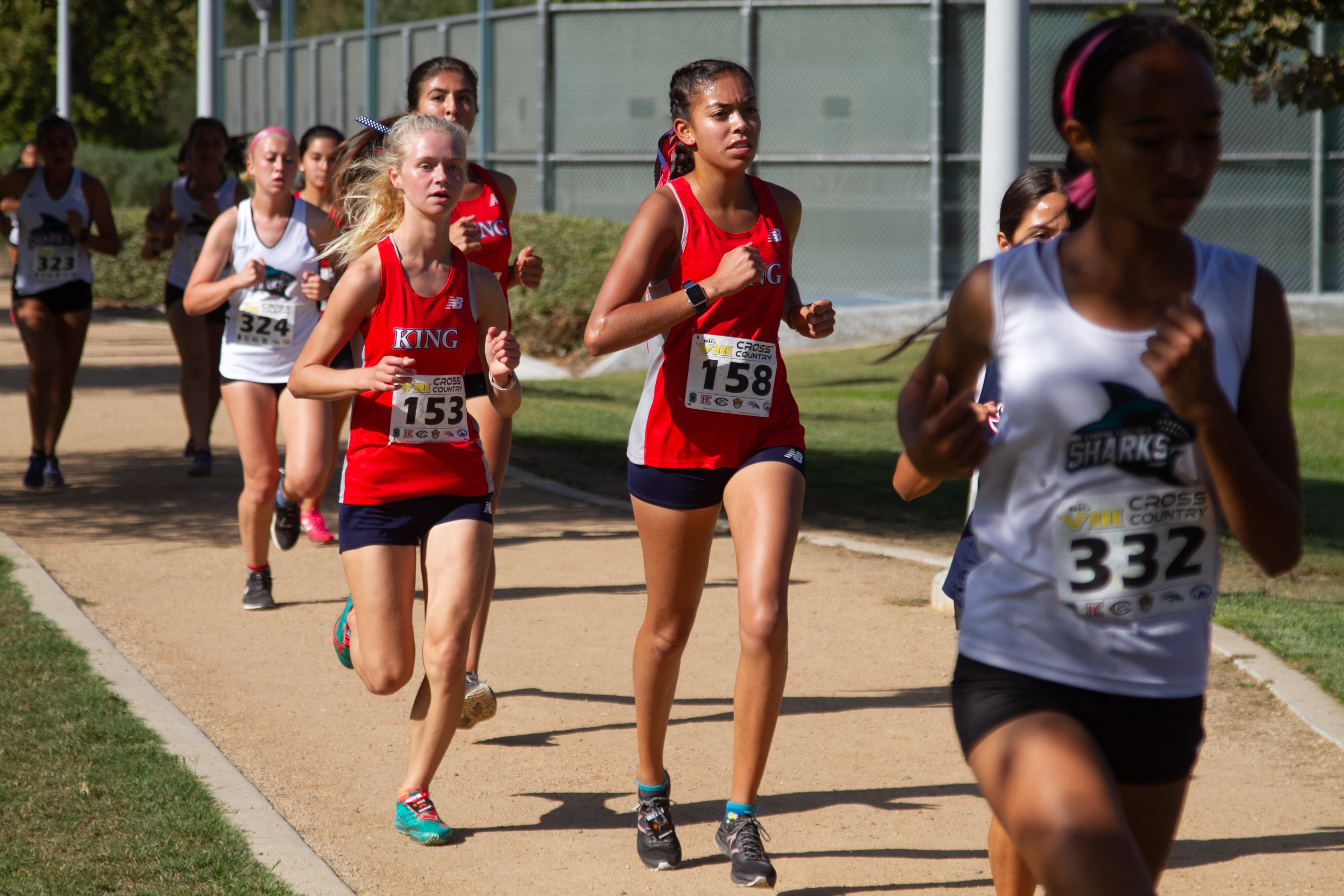 Both of the girls’ teams finished in second.  The JV girls could perhaps lay claim to “best race of the day” as they came storming back from a third-place finish in the first meet three weeks ago, to nearly win the race outright.  40 points separated the Lady Wolves from Santiago back in September, but on this day that margin shrunk to a mere 3 points as King finished in second.  The effort was led by a tremendous race by sophomore Joselyn Stevenson and senior Briana Rodriguez who went first and second across the line.  Freshman Camile Bradford was next from King, but it was the effort of soph Naveah Gonzalez that had the whole team buzzing.  She stormed forward over the last half of the 2.9 mile race to score and finish much higher than she ever has previously.  It was an impressive performance by the first-year runner!

The girls varsity struggled a bit, but still managed to improve off their third-place showing from the first round, to take second but just three points ahead of Roosevelt. Santiago won the race.  Amanda Sosa was the first for King across, followed by Joan Green, Jenna Bernath, Lauren Peurifoy and Audrey Brunken.  Brunken, a freshman, scored at the varsity level for the first time in her young career, averaging 6:50 per mile for the undulating course.

The Big 8 is competitive in the sport.  Santiago and Roosevelt pose worthy challengers each season.  For the boys from King, the return to the victory stand has not been an easy one, but the difficulty of the ascent makes it all the sweeter. Given where the girls teams were at just a few weeks ago, their second place finishes were victories in their own right.  This 1-2 punch made for a good day for King cross country. 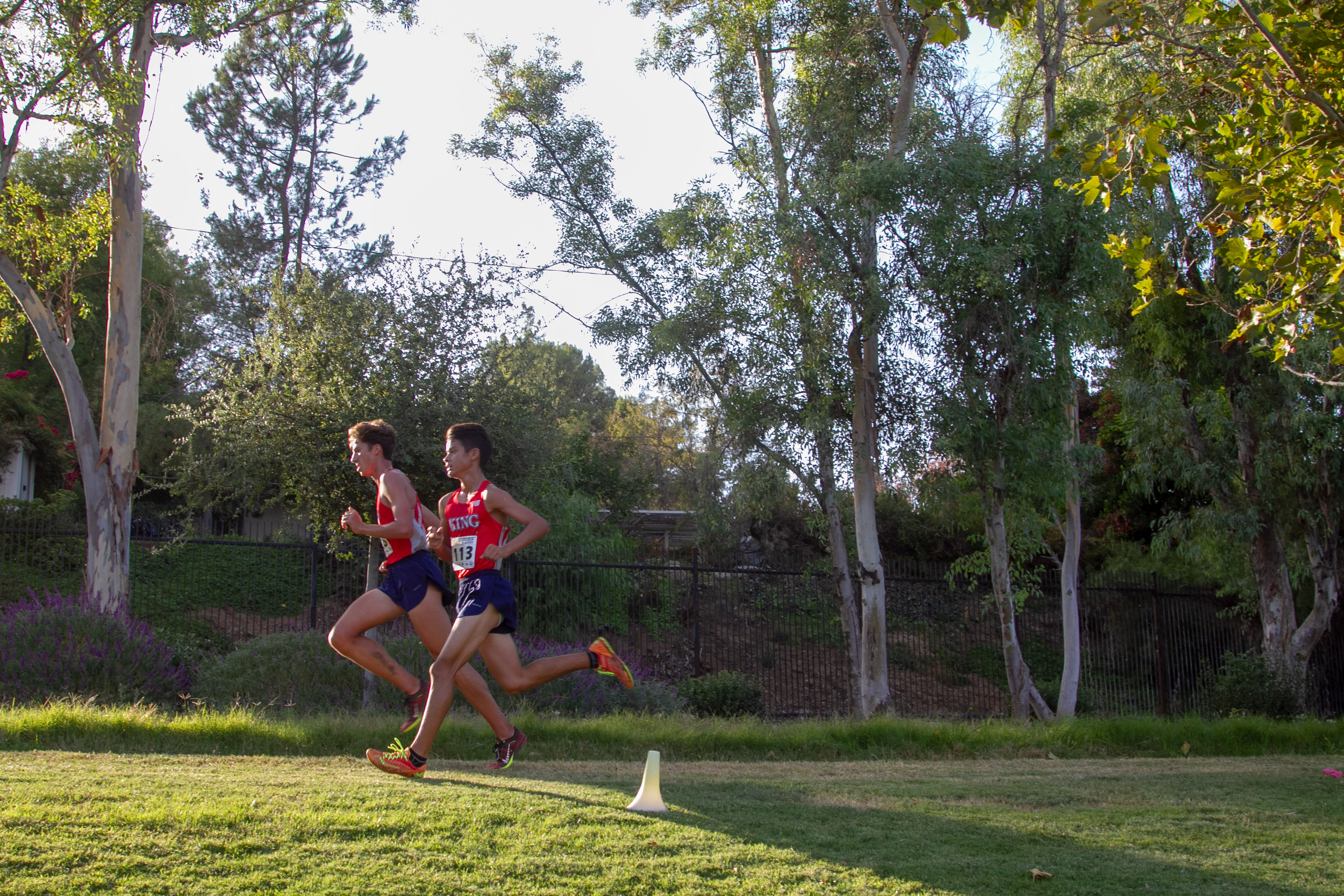