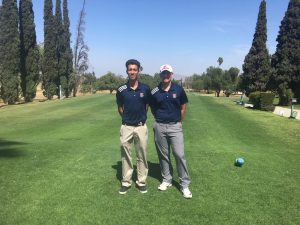 Both players joined the team as sophomores, and have really grown as players over the years. They reflect the King Golf Spirit in that they came in with zero experience but worked very hard to be contributing members of the team. For the Wolves they also earned a spot for the 8th straight season in CIF Team which will take place at Los Serranos in two weeks.

Coach LeDuc said, “Though it always our goal to win league, we had a lot of inexperience this year. The boys did a great job of being competitive, overcoming obstacles, and accomplishing a lot of goals.” The JV team also concluded an 11-2 season as well today.