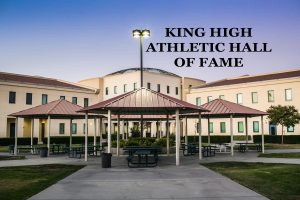 As the 20th school year in King High’s history arrives next August, an exciting addition to add to and honor that history will be unveiled … the Martin Luther King High School Athletic Hall of Fame.

Remarkably, despite the school’s relative youth, athletic programs and individuals across the spectrum have excelled inside this short time period.  A number of professional athletes have walked these halls as prep players, while hundreds have earned scholarships to compete in college and even more have learned invaluable lessons for life while competing at King High.

The first class of Inductees is set to be installed next Fall.

The Hall of Fame Committee is asking for community involvement and input on the nominations of worthy athletes, coaches and contributors to the King Hall of Fame.  The first class will be from the years 2001-2009.

Instructions for who is eligible for nomination is included on the form.