RIVERSIDE: Competing among the best high school swimmers in the State, the King swim team had to go into this weekend’s CIF Championship held at Riverside Community College with a “no regard mentality”.

With the Division II prelims on Friday, junior Lauren Vitort had the toughest turn around of the meet, having to compete at her prime on Friday to qualify for the finals on Saturday. In one the deepest fields of the day, Vitort’s 200 and 500 freestyles earned herself a solid showing into Saturday’s finals. Vitort achieved a personal best and fourth place finish in the 200 at 1:48.82, earning her way to the State championships this week in Clovis, California. Competing against the strongest field the CIF meet has seen in the 500, Vitort swam a personal best on Friday, earning her a 6th place seed for Saturday’s finals. Feeling the effects of two individuals and two relays by Saturday, Vitort finished just two seconds off her best in a 4:54.66, but still earned her spot into the State Championship meet, allowing her to swim in the 200 and 500 for the second year in a row.

Freshman Quincy Cechini swam a personal best and State consideration time of 5:09 in the 500 free while also competing in the medley relay and 200 freestyle to start the meet. Junior Leah Thomas contributed to all three relay efforts and the 200 freestyle, helping to bring back both the 200 free and 400 free relays into the final day.

After swimming her season best in the 100 freestyle on Friday, junior Madison Stamen just snuck in to have a second swim into Saturday’s finals. Stamen vaulted from 16th to 10th on Saturday, dropping close to one second to swim a 53.39 and arguably earning her one of the top swim’s of the meet.

Heading into the last event of the meet, the team of 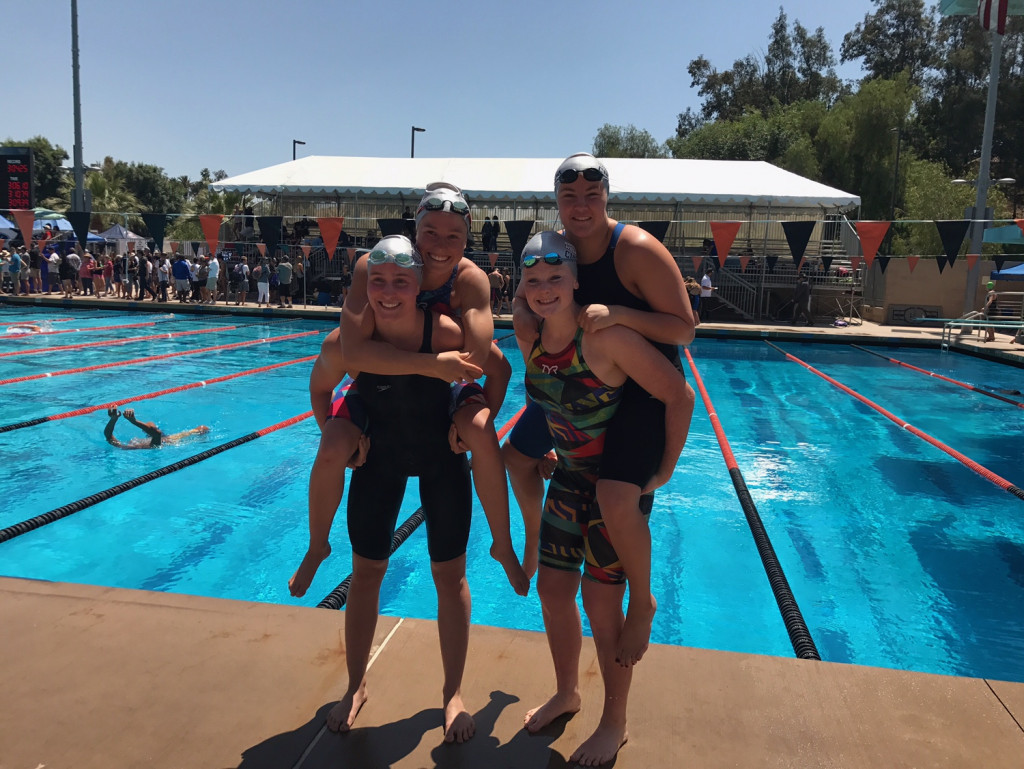 Stamen, Thomas, Cechini and Vitort had to drop two seconds to achieve an automatic berth to the State Championships in the 400 freestyle relay. Despite swimming a season best and finishing 8th overall, the team was less than one second from its automatic goal, forcing them to wait over a 24 hours for the State meet declarations to decide on the team’s fate.

The swimmers’ goal was realized when the seeds came out Sunday evening, allowing the team to represent King in what was last year a State Championship effort.

For the boys, junior Ethan Kolb earned his way back to a second swim in the 500 freestyle. After having to swim to a personal best just to qualify for the meet, Kolb swam to a 16th place finish in the distance event.